Liebherr Crawler Crane LR 11000 Between Ironman and Surfers in Hawaii

A Liebherr LR 11000 crawler crane from the fleet of Buckner HeavyLift Cranes is currently in use in Hawaii. New Vestas wind turbines with a hub height of 344 ft. (105 m) have been under construction there for more than three months.

The LR 11000, which has been in use on the Hawaiian island of O'ahu since the beginning of October, is the biggest crawler crane that has ever worked in the American surfer's paradise. Buckner's 1,102 ton (1,000-t) crane will be in use until the end of December erecting new wind turbines of the type Vestas V-136. A total of eight new turbines are being installed on the island's north shore. They form part of the Hawaiian energy supplier's plan to expand the proportion of renewable energies from 18 percent currently to over 65 percent in the year 2030. 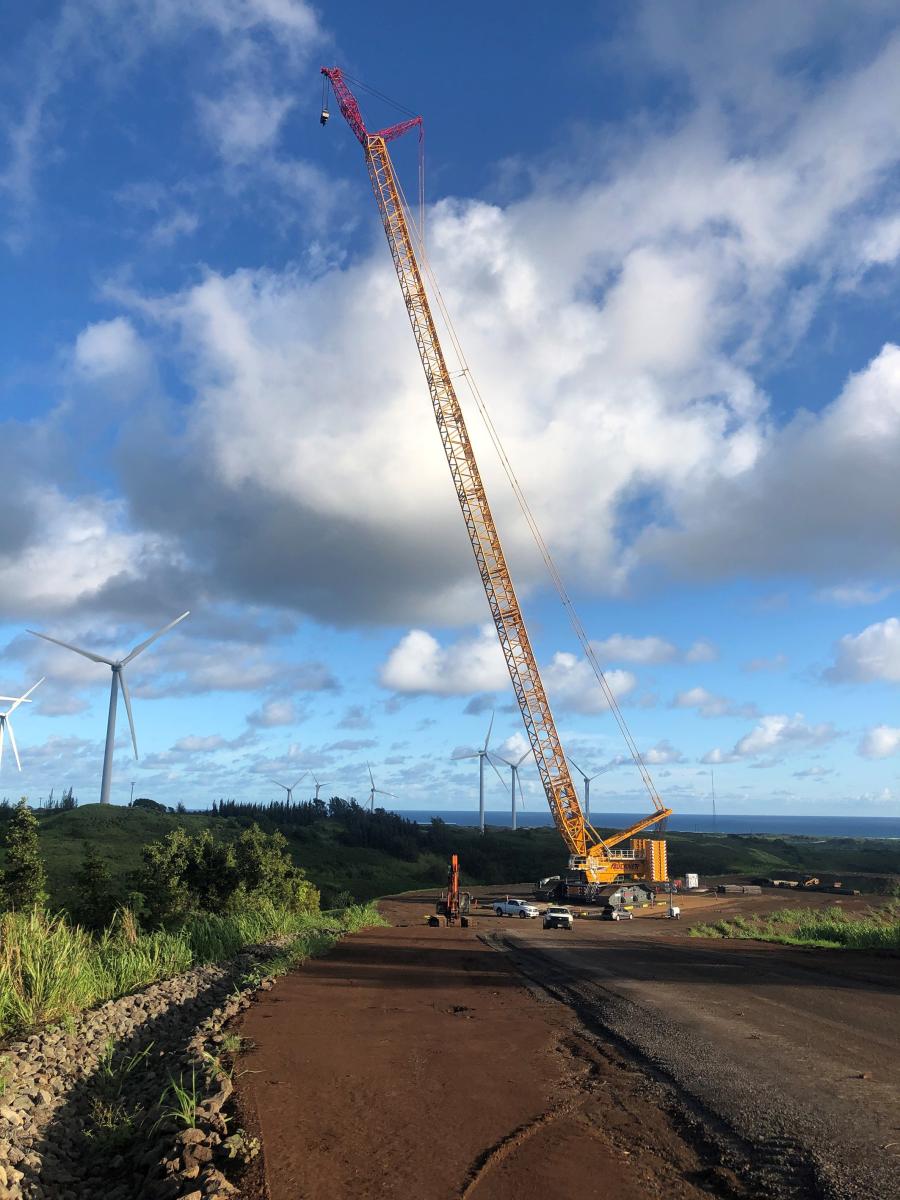 For this deployment, the LR 11000 is set up in the SL3F configuration with a main jib of 354 ft. (108 m) and a fixed tip of 39 ft. (12 m). In this configuration, the crane has a max load capacity of 191 ton (173 t). When erecting the new wind turbines, the heaviest parts — the hub with motor casing and drive-train — weigh about 110 tons (100 t); the crawler crane has to lift this weight to the hub height of 344 ft. Equipped with 99 tons (90 t) of central ballast and a slewing platform ballast of 275.5 ton (250 t), the crane can be used without a derrick. This was an important criterion when selecting the right crane for this job, as the wind farm sits in extremely hilly terrain on which the crane has to be frequently moved and occasionally converted. Deployments without a derrick can take place much more easily here and thus faster, too.

In addition to the LR 11000, other auxiliary cranes are used, including a Liebherr crawler crane of type LR 1350/1.

The biggest challenge on the island, which lies far from the U.S. mainland, is the supply of spare parts. Buckner and Liebherr have made provisions for this.

"Our construction site is supplied from the new Liebherr warehouse in Lodi, California, but for safety's sake we also have various tools and spare parts available locally for this job. So far, however, we have managed to do entirely without spare parts and erection engineers," said Kevin C. Long, director sales at Buckner.

The crane driver for Buckner in Hawaii is Burkhardt Hartinger from Germany. Hartinger, who lives in Warburg-Rimbeck near Kassel, has a lot of experience operating an LR 11000 crawler crane, which also is present in the fleet of his own crane company.

"The offer to work in Hawaii was very tempting. And I also have a little free time to explore the island after work," Hartinger said.

Buckner HeavyLift Cranes based in Graham, N.C., is very keen on the Liebherr brand, particularly when it comes to heavy-duty cranes.

"We prefer Liebherr cranes simply because of their quality. Both their design and production quality are better than other manufacturers," Long said.

Buckner has been completing heavy lift projects of all kinds for more than 70 years and is one of the largest crane contractors in the USA. 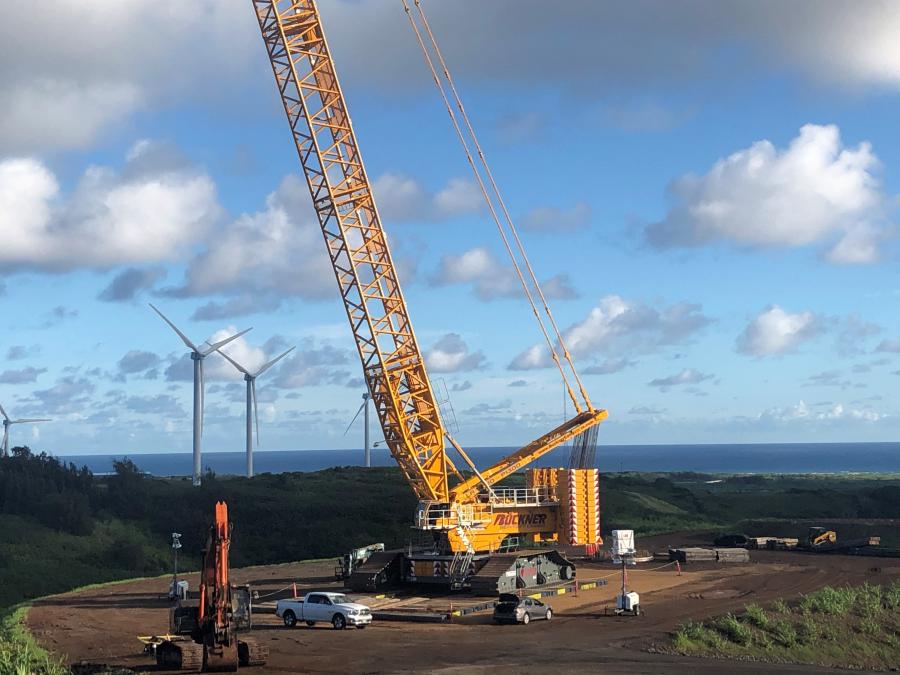