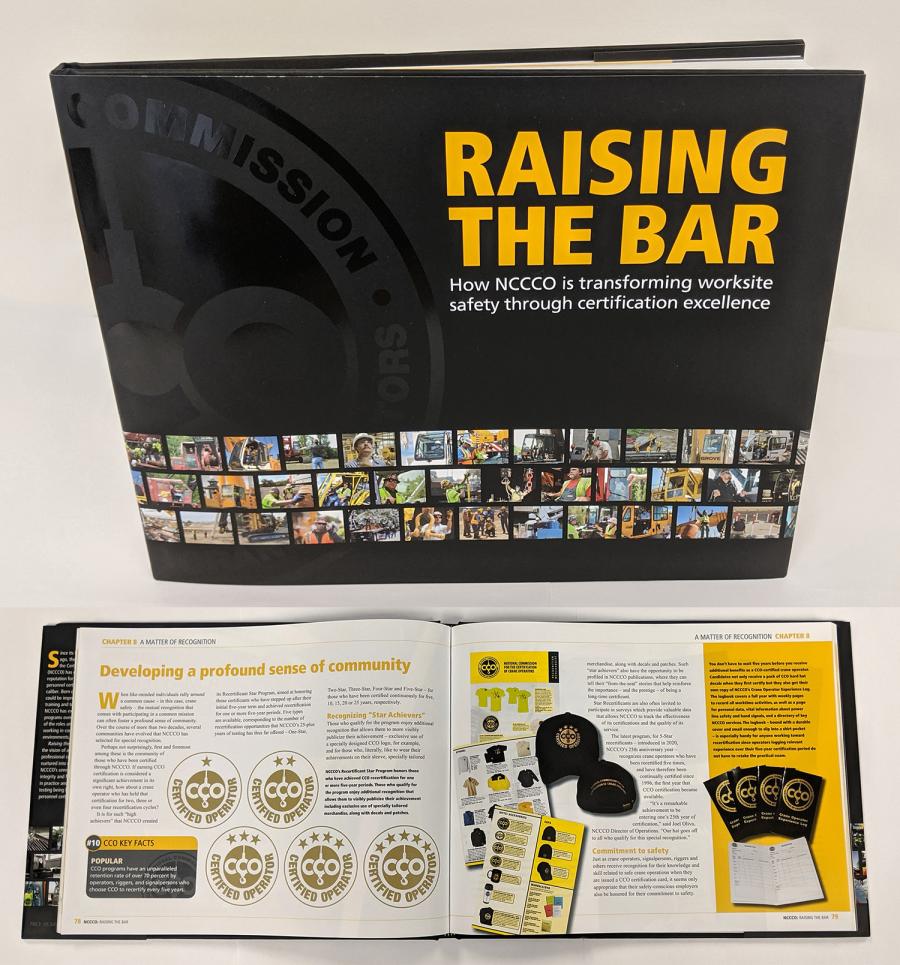 Raising the Bar: How NCCCO is transforming worksite safety through certification excellence tells the story of how the vision of a safer workplace through professional credentialing was conceived and nurtured into reality. Most importantly, however, it documents how NCCCO's relentless commitment to quality is continuously manifested in practice today, and what lies behind the organization's adherence to the highest levels of integrity and professionalism that have led to it being regarded as the Gold Standard of personnel certification.

Each of the book's 15 chapters focuses on a key element central to the foundation on which NCCCO programs have been built. Chapter 3, for example, outlines the organization's pursuit of fairness and integrity that are cornerstones of NCCCO examinations, while the importance of maintaining ethical standards is emphasized in Chapter 6, and participation in rulemaking and standards development is highlighted in Chapter 11. An Introduction and two Appendices document the establishment and growth of the organization over a quarter of a century.

"None of what you read in Raising the Bar would have happened without the dedication, commitment and expertise of the hundreds of industry experts that have come together over more than 25 years to create the most effective, fair and reliable tests of knowledge and skill essential for worksite safety," said NCCCO CEO, Thom Sicklesteel.

Born of a vision that worksite safety could be improved through comprehensive training and testing of crane operators, NCCCO has expanded its range of certification programs over the years to embrace the many roles and responsibilities of those working in construction as well as other work environments, and in a variety of industries.

"That's why we devote so much testimony to their contributions throughout the publication and why we never lose sight that it was industry, not the regulators, who paved the way for this transformative experience for the construction industry," said founding NCCCO CEO, Graham Brent, who authored and edited the book.

The results of their hard work has become evident through studies and surveys over the last decade and is fully documented in Chapter 14, Measuring Success, he noted.

The National Commission for the Certification of Crane Operators (NCCCO) was formed in 1995 as an independent, non-profit organization by industry to develop and administer a nationwide program for the certification of load handling equipment operators and related personnel. Since then, NCCCO has administered over 1.2 million written and practical examinations and issued more than 425,000 ANSI-accredited and OSHA-compliant certifications.