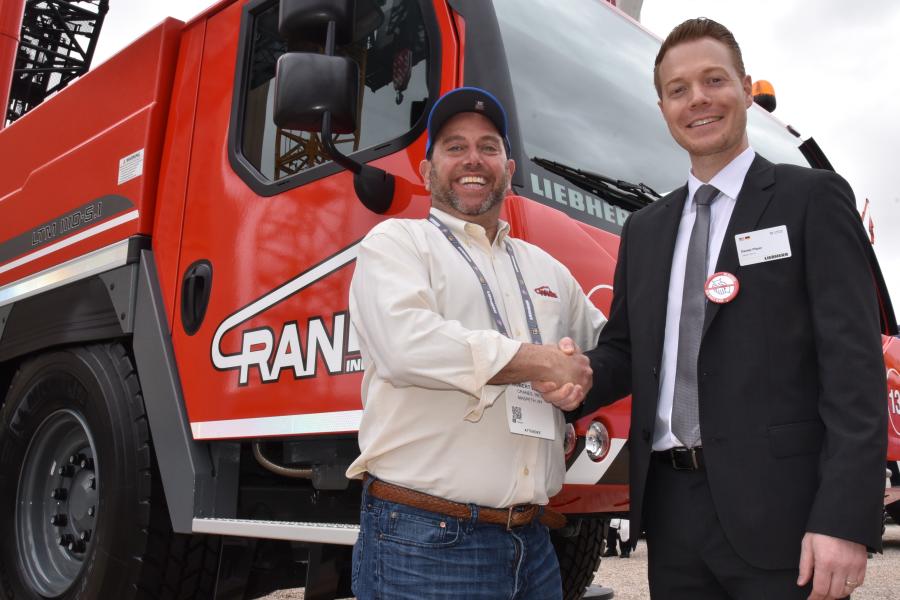 "I'm thrilled to be the first customer in the country to receive an LTM 1110-5.1," said Cranes Inc. President Rob Weiss. "We've always been kind of a pioneer with Liebherr. We've had the first LR 1350s in the country. We've been the first for a lot of products. I have a lot of faith and trust in the product and I think nobody makes a better crane and we've always been proud to feature Liebherr in our fleet."

The LTM 1110-5.1 combines enhanced lifting capacity with a 171 ft. (52 m) telescopic boom and high worldwide mobility. The crane, first introduced at bauma 2019, has a wide range of driving configurations, which allow it to operate on roads all over the world.

The LTM 1110-5.1 is equipped with VarioBase Plus, Liebherr's support base technology. The rear outriggers have a double-stage design, which allows for a wider supporting base at the rear of the crane, resulting in increased load capacities.

Cranes Inc. also took delivery of the first Liebherr LR 1400's and LTC 1055-3.1's in United States. "The people and the technology make Liebherr a phenomenal company. They're great to work with — the machines and the people," Weiss said.