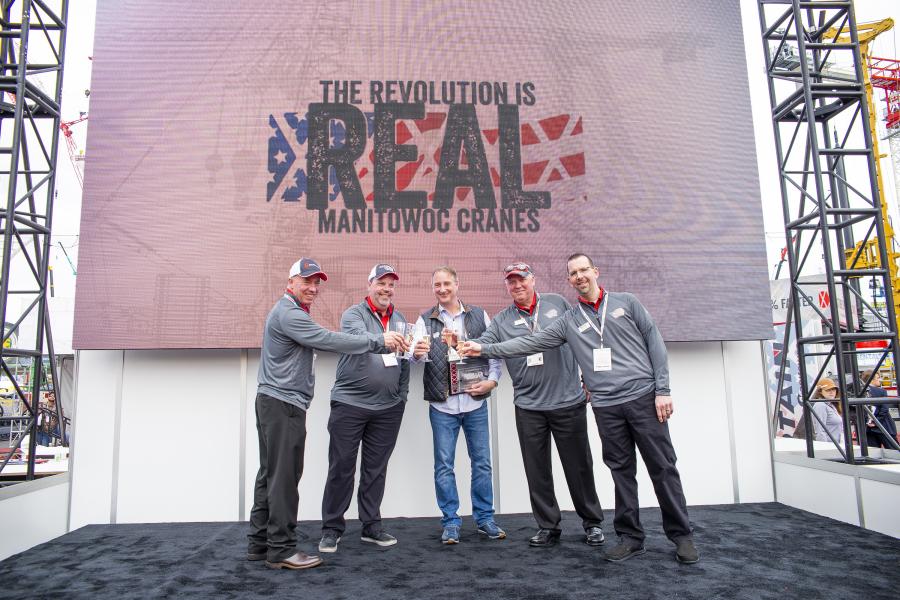 CraneWorks CEO Keith Ayers visited with Manitowoc Cranes at ConExpo 2020 to celebrate his company's renewed commitment to National Crane boom trucks. The Houston, Texas-based company is one of the fastest growing in the lifting industry, utilizing many National Crane models in a fleet that has offices in Kansas, Florida, Colorado, California, New Jersey and Canada. Manitowoc's Mike Heinrich, Randy Hoover, David Hull and Justin Pilgrim presented Ayers (C) with a celebratory plaque to mark the occasion, and the group enjoyed a champagne toast together at the Manitowoc booth.