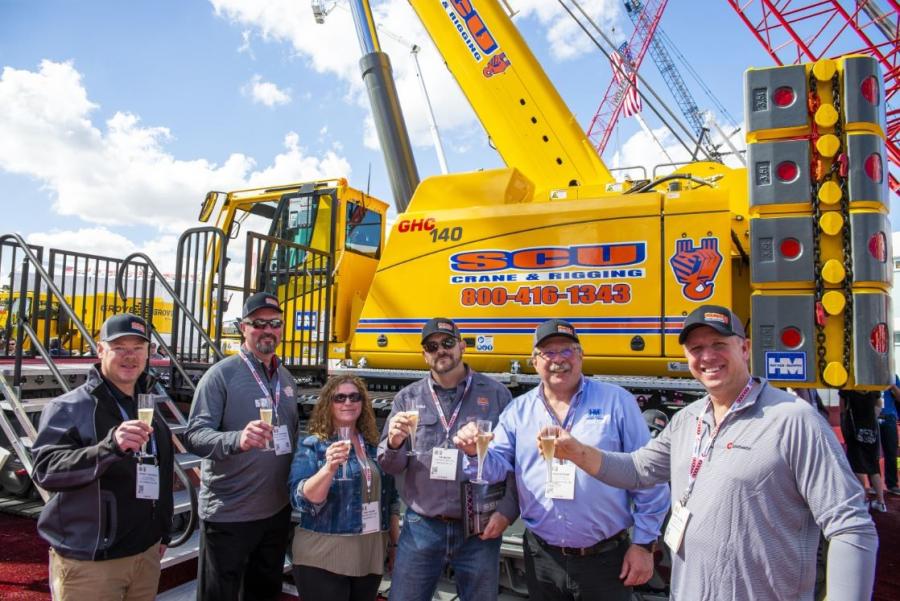 SCU Crane and Rigging (SCU) celebrated the purchase of a new Grove GHC140 telescopic crawler crane at ConExpo 2020. The crane, which is the highest-capacity model in the Grove telescopic crawler range, was launched in 2019 and features best-in-class load charts for its capacity range.

The company commemorated the new addition to its fleet with Grove dealer Hayden-Murphy at Manitowoc's booth in Las Vegas, where the exact crane it purchased was on display.

Manitowoc's Colby Bingaman hosted teams from both SCU and Hayden-Murphy and toasted the purchase with Traci and Tim Mohr of SCU, and Jeremy Torgerson, Ken Boehm and Randy Schmoll of Hayden-Murphy.