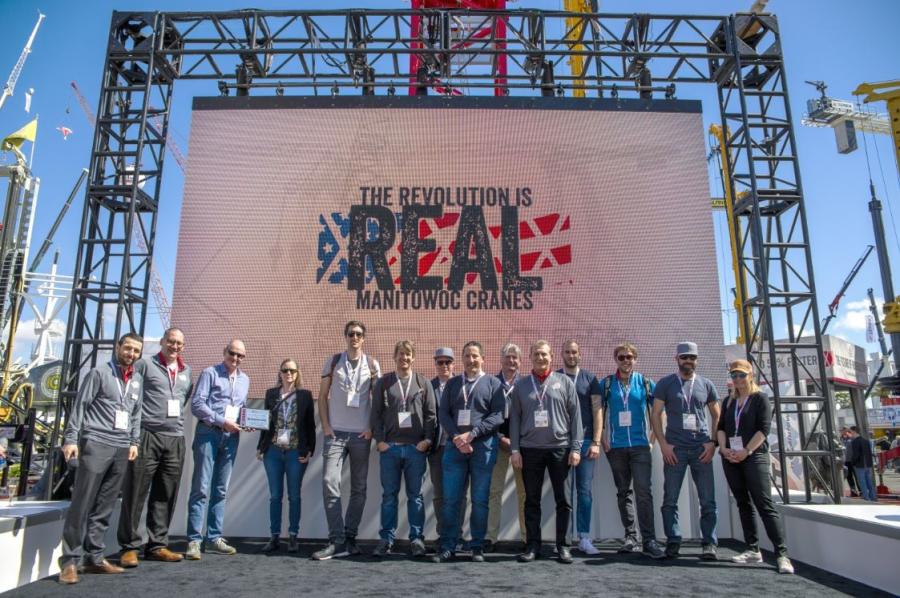 A leader in the construction and transportation industries across Europe, Stirnimann commemorated five decades of a successful relationship with Grove at the Manitowoc Cranes booth during ConExpo 2020. Several representatives from Olten, Switzerland-based Stirnimann visited with Manitowoc's team, which included Orlando Mota, Aaron Ravenscroft and Erdogan Arslan.