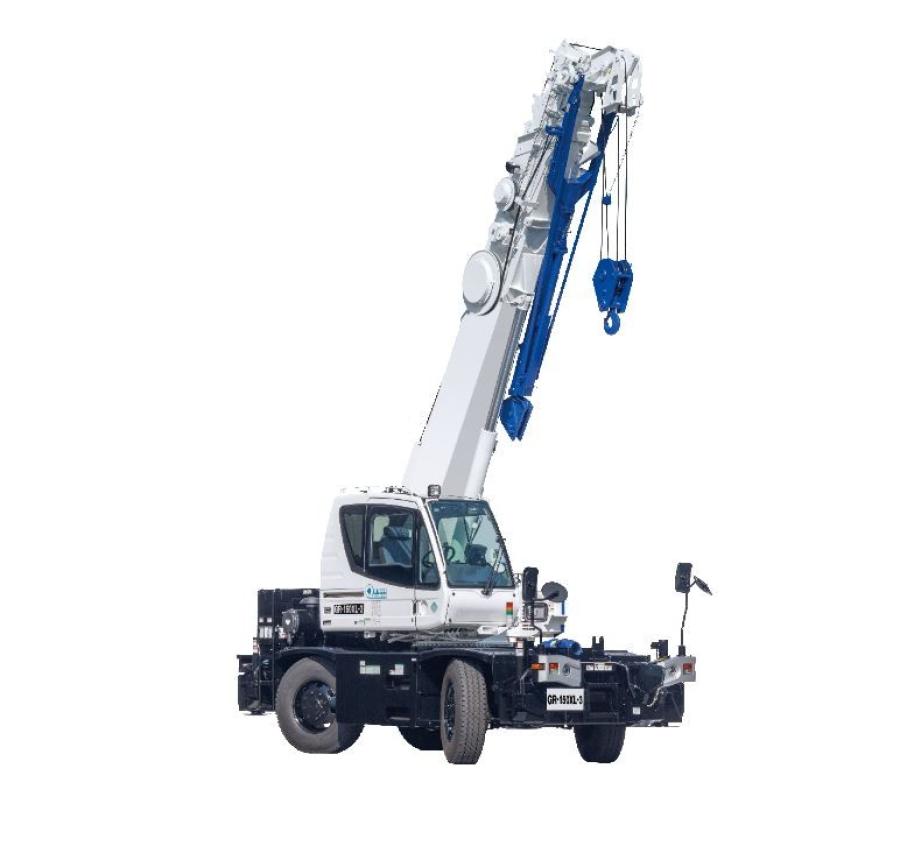 The GR-150XL-3 was designed with the obstacles of urban environments and congested plants in mind and includes a new operator cab with improved visibility and an underslung hydraulic offset jib for easy operation.

With a 78.7 ft. boom, the longest boom in this class, a tailswing of just 4.1 ft. and asymmetric outriggers, the GR-150XL-3 is ideal for tight workspaces where mobility cannot be compromised, according to the manufacturer.

The GR-150XL-3 was designed with the obstacles of urban environments and congested plants in mind and includes a new operator cab with improved visibility and an underslung hydraulic offset jib for easy operation.

This product is an upgrade of the previous model GR-150XL-2, which was popular in the North American market.

Tadano researched and considered customer needs in developing the new model for this class. Based on customer voice and in order to realize better-than-expected value, Tadano has developed the new GR-150XL-4 to be both compact and high-performing.

With an upgraded lifting capacity of more than 70 percent the maximum single line pull, the GR-150XL-3 allows more lifting operations to be performed with a single line. This upgrade allows for improved hoisting performance and lifting capacities at most working radiuses when using four parts of line.

Compared with the previous model, the tail swing has been reduced from 5.3 to 4.11 ft. with stronger single hoist layout, realizing more efficient work and greater maneuverability in narrow spaces.

The long boom has an underslung hydraulic offset jib for ease of installation in urban areas and congested plants. In addition, the new storage for the main/auxiliary hook blocks provides easy access when hook blocks need to be exchanged. Outriggers can be safely deployed asymmetrically. The AML-E system detects extension and provides maximum lifting capacity for the surrounding area of the crane.

A new operator cab provides more comfort and better visibility by changing the angle and height of the instrument panel in relation to the glass. ntroduction of the new generation Tadano automatic moment limiter AML-E replaces the current 5.7 in. black and white screen with a vibrant 10.4 in. color touchscreen for ease of use and better working condition visibility.

As a part of the Eco function, the GR-150XL-3 has positive control system. The crane controls the quantity of hydraulic pump emission during crane operation in response to the amount of movement applied, thereby minimizing the fuel consumption and carbon footprint.