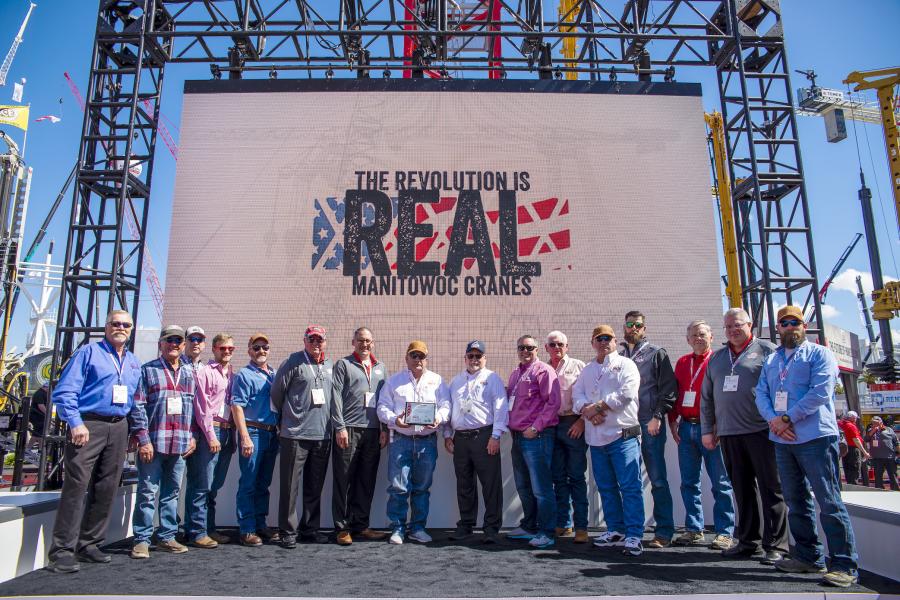 Offering one of the most modern crane fleets in Texas, Davis Crane Service is always on the lookout for new technologies that can make work on job sites more efficient. At this year's ConExpo, the company's team visited Manitowoc's booth and was recognized for expanding its fleet with 10 Grove TMS500-2 truck cranes in 2019.

To celebrate the acquisition of these versatile cranes, Manitowoc's Dave Hull, Aaron Ravenscroft and Les Middleton offered a celebratory plaque to Davis Crane Service staff at the show, including Dennis Davis, Keith McKee and Wes Dowd. Based in Irving, Texas, Davis Crane Service serves the state with six locations.