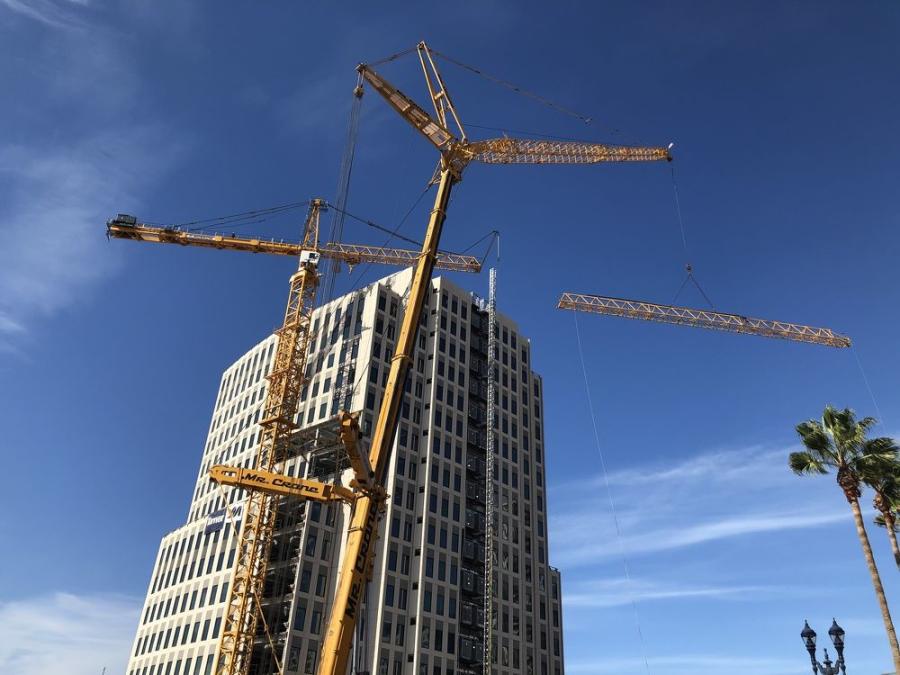 Since 2000, Mr. Crane’s business has exploded in Calif. with sales up more than 700 percent. (Mr. Crane photo)

Mr. Crane, now among the largest crane and rigging firms in southern Calif., is celebrating the 51st anniversary of its founding in 1969 and the company, which crane industry veteran Lee Steinberg acquired in 2000, is looking to expand its operational footprint in the west.

For its first 30 years, the Orange, Calif.-based company focused its operations on tilt-up construction. It was established when a small group of crane owners united to pool their resources together. And then a few years later, Wayne Edwards, one of the founders, emerged as the majority owner. 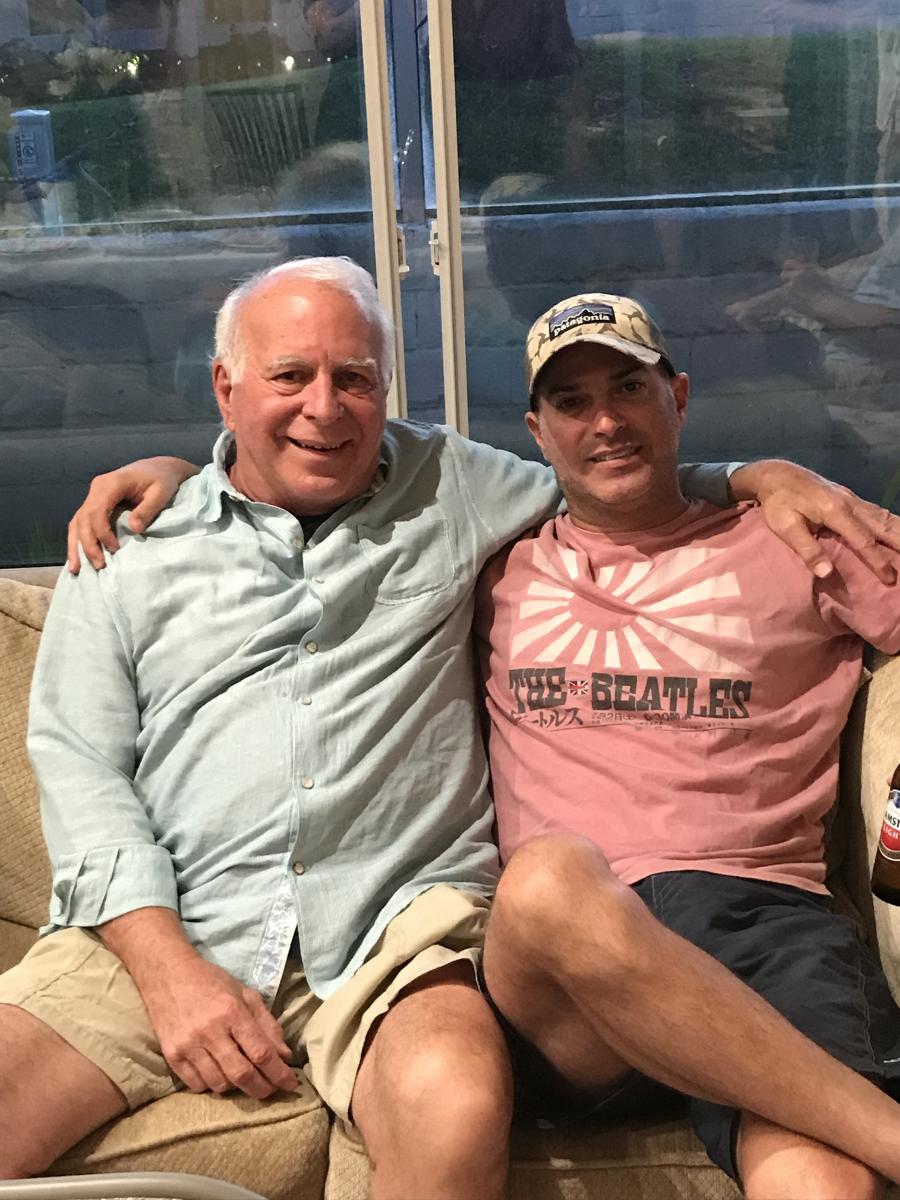 Edwards, who passed away at the age of 72 in March 2008, was considered by his peers as a pioneering leader in the tilt-up sector.

"There were a handful of large crane companies in southern California," said Charles Kent, Mr. Crane's COO, "and our company was a smaller niche crane provider prior to Lee's acquisition. A significant amount of our business still comes from our loyal tilt-up customers, and since 2000, our business has increased by more than 700 percent.

"One of the reasons for the growth was an early initiative by Lee to diversify revenue streams," he added. "We quickly got into steel erection, which was significant for our business. This was followed by moves into wind, tower cranes, bridge girder installation, commercial construction and a variety of complex specialty work. We continue to diversify into additional market segments and geographic territories. Our team prides themselves on providing the most innovative crane solutions, often on unique projects that require sophisticated planning and operations. Whatever the nature of the job, we make it a point to provide efficient and cost-effective services to secure mutually successful outcomes that are completed safely and on time."

Lee, 72, is Mr. Crane's chairman of the board, and his son Andy, serves as the CEO of Mr. Crane and INQUIPCO, its sister company, a crane rental firm that operates in the western United States, providing clients with bare rental options for rough terrain, crawler, and carry deck cranes; boom and AWP trucks and high capacity forklifts, as well as service, parts, and training services.

"By invitation with specific customers, we'll go great distances to do some really critical and complex projects because of the reputation we and our people have earned," said Kent. "We're predominantly a southwest regional player. 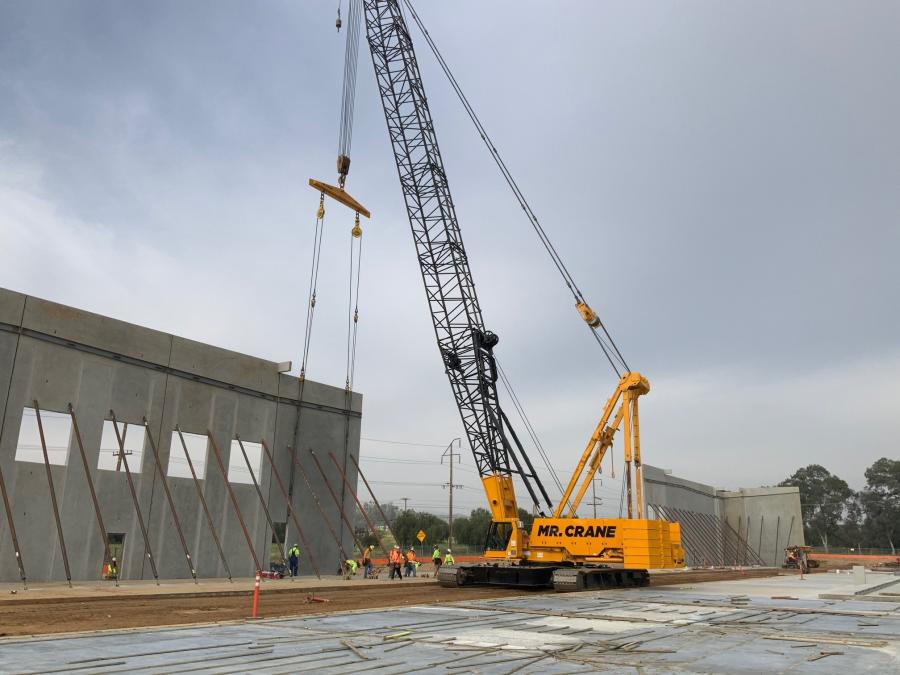 "Lee has an extensive background in the crane industry and he started his first company, Intermountain Crane in Reno, Nevada in 1980," said Kent, who noted that it moved to Las Vegas and became INQUIPCO. During the late 1980s and throughout the 1990s, Lee was co-owner in a number of other crane rental businesses in Nevada and New Mexico prior to selling his interests in 1999 and 2000.

"He tried retirement for a couple of months and then he and his wife, Susan, decided it was in his best interest to continue working and that is when he acquired Mr. Crane," said Kent, who pointed out that Lee was 51 at the time. "Lee started in construction as a surveyor and he realized early on that he preferred a more stimulating career."

Lee began his crane industry career in his early 20s, working for Dick Maxon at Carde Pacific for 10 years.

"Andy worked as a crane operator in New Zealand for a few years where his wife was from, having previously worked with Lee in Albuquerque," said Kent.

In the early 1990s, Andy moved to Las Vegas and started working as a commissioned salesperson for Charlie Thompson, who ran INQUIPCO for many years.

The combined fleet of both companies is 75 cranes, which consists of Liebherr, Tadano, Grove, Link-Belt, Terex, American, Manitou, Manitex and Elliott models.

"We have one of the largest domiciled conventional crawler fleets in the southwest," said Kent. "Some of our competitors have more machines, but they move throughout the country. When Lee acquired Mr. Crane, the fleet was in the single digits. It quickly grew into what we have today and we continue to purchase new machinery. With our service bays at our Orange, San Bernardino, and Las Vegas locations, we can do repairs and perform routine maintenance on all our machines." 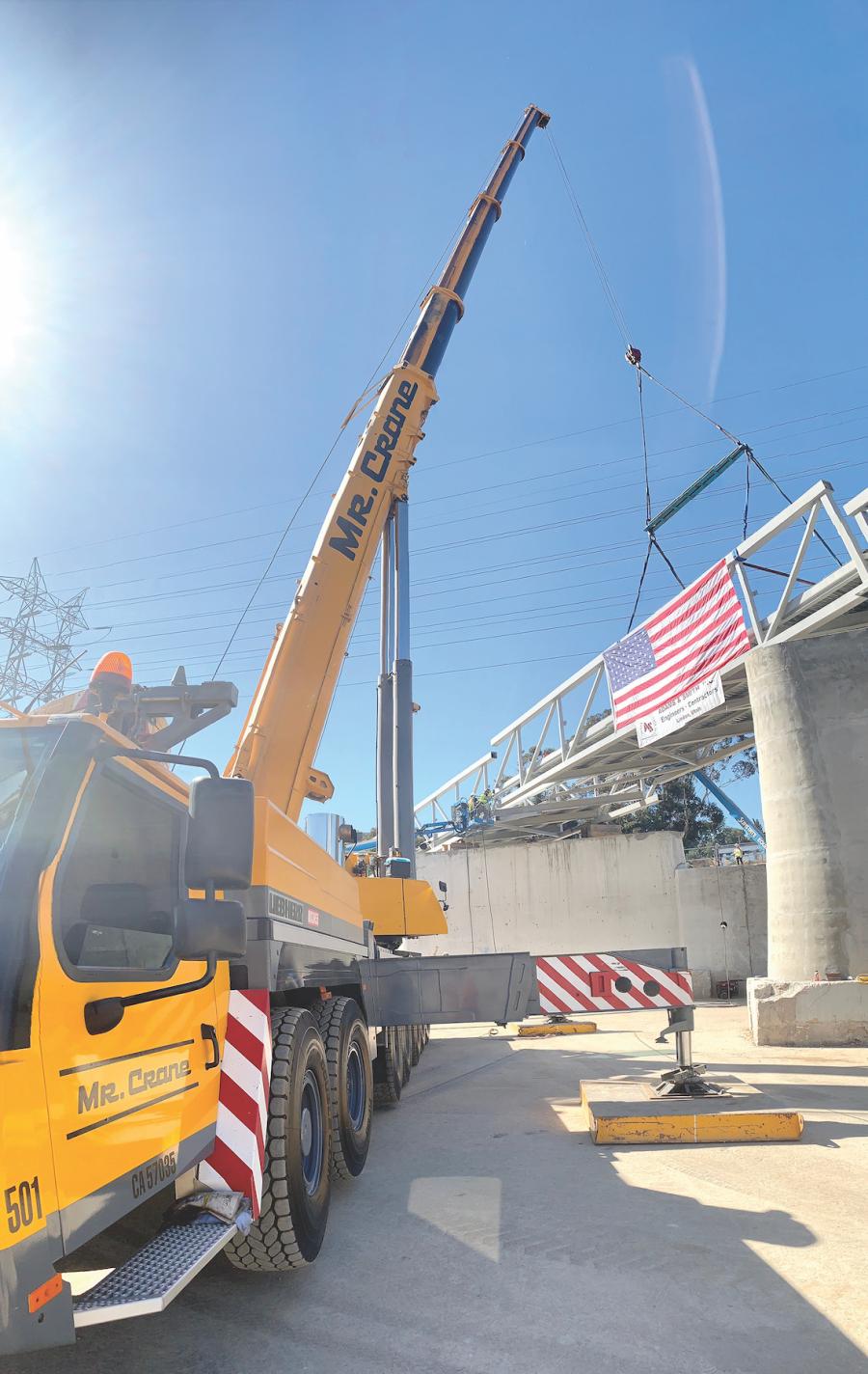 With a fleet of 12 fully capable service trucks, our technicians and Heavy-Duty Repairmen (HDRs) are some of the best in the industry.

"You can sell the work, but you can't perform the work without a safe operable crane," said Kent. Mr. Crane and INQUIPCO both look for opportunities to expand their technicians knowledge by sending them to various crane manufacturers service training programs.

The operations and administrative staff have done their part to contribute to the success of both Mr. Crane and INQUIPCO.

"Doing business in California and managing local work rules are not easy tasks, our internal support staff has been and continues to be tremendous, helping to facilitate the extreme growth both companies have achieved in the last 20 years" said Kent. "We are grateful to have industry leaders both in the office and in the field"

Relationships with the dealers and distributors are important, and Mr. Crane and INQUIPCO purchase equipment from many sources.

"We expect our equipment dealers to be an advocate for our businesses," said Kent. "Fortunately, we have a number of manufacturers and distributors that value providing great products and services, and we reward those valued providers with our loyalty, exactly the way we aspire to have our customer's reward our businesses."

Mr. Crane depends on highly trained, skilled and experienced people. Most cranes have an operator and an oiler, and for some operations (including tilt-up) three- -to-four iron workers support each crane by handling the rigging and signaling the crane operator for lifting concrete panels.

‘"The company had a relationship with iron workers early on and we were able to expand into other market segments such as tower crane operations and bridge girder installation that required those same iron workers," said Kent, who said the company has ties with Local 433 (iron workers) and Local 12 (crane operators).

Another reason for the firm's continued growth is the sales team, spurred on by Lee's experience in sales and marketing.

"We have one of the strongest, most tenured and experienced sales teams in southern California that understands the value of customer relationships and earning an invitation to be invited back. We are very good at finding the decision-makers and the work," said Kent. "Our people pride themselves on doing work the right way. We don't cut corners and our standards for training and safety are relatively greater than our competitors. We could not continue to be successful if we didn't have the support of some really amazing craft labor."

Mr. Crane's participation in the 2005-2007 Tom Bradley Terminal project at LAX was pivotal in transitioning to serve other market segments.

"We had several tower cranes on-site and it was our first large-scale experience on one of the biggest projects in our market at the time," said Kent. "We proved that we not only had the people and expertise, but the capital and operating resources to handle a high security and high-profile project on-budget and on-schedule."

The firm recently set all the lower-bowl steel and precast concrete seating for the new SoFi Los Angeles Stadium, where the LA Rams and Chargers will be playing.

"That was huge," said Kent, "and just before LA Stadium, we completed the Galaxy's Edge attraction at Disneyland. Whiting Turner was the general contractor and we had 90-percent of the cranes on that job. They were originally looking for tower cranes, and we as a group decided that mobile conventional crawler cranes would be a better resource for the requirement. In 2015 we did a very large job for Westfield Group, the Century City Mall Project. It was a large expansion and we put one of our tower cranes on rails so it could travel across a parking structure deck to facilitate access to distant parts of the job. In the early 2010's we helped construct the JW Marriot hotel next to the Staples Center in downtown LA, providing a tower crane with more than 400 feet of tower, along with other support services."

Mr. Crane's reputation is formidable and its contracts are secured based on a combination of repeat business and sales team efforts.

"We have a lot of repeat business and in construction that's critical." said Kent. "We've developed some amazing relationships that motivate customers to invite us back. We have a huge sales presence and a large business development team that finds new customers, making sure that our name is in front of those decision-makers. We have plans to grow in the next five years and establish additional locations in other states, expanding our geographical footprint. There are many opportunities for Mr. Crane and INQUIPCO to diversify while we continue to serve our existing loyal customers." 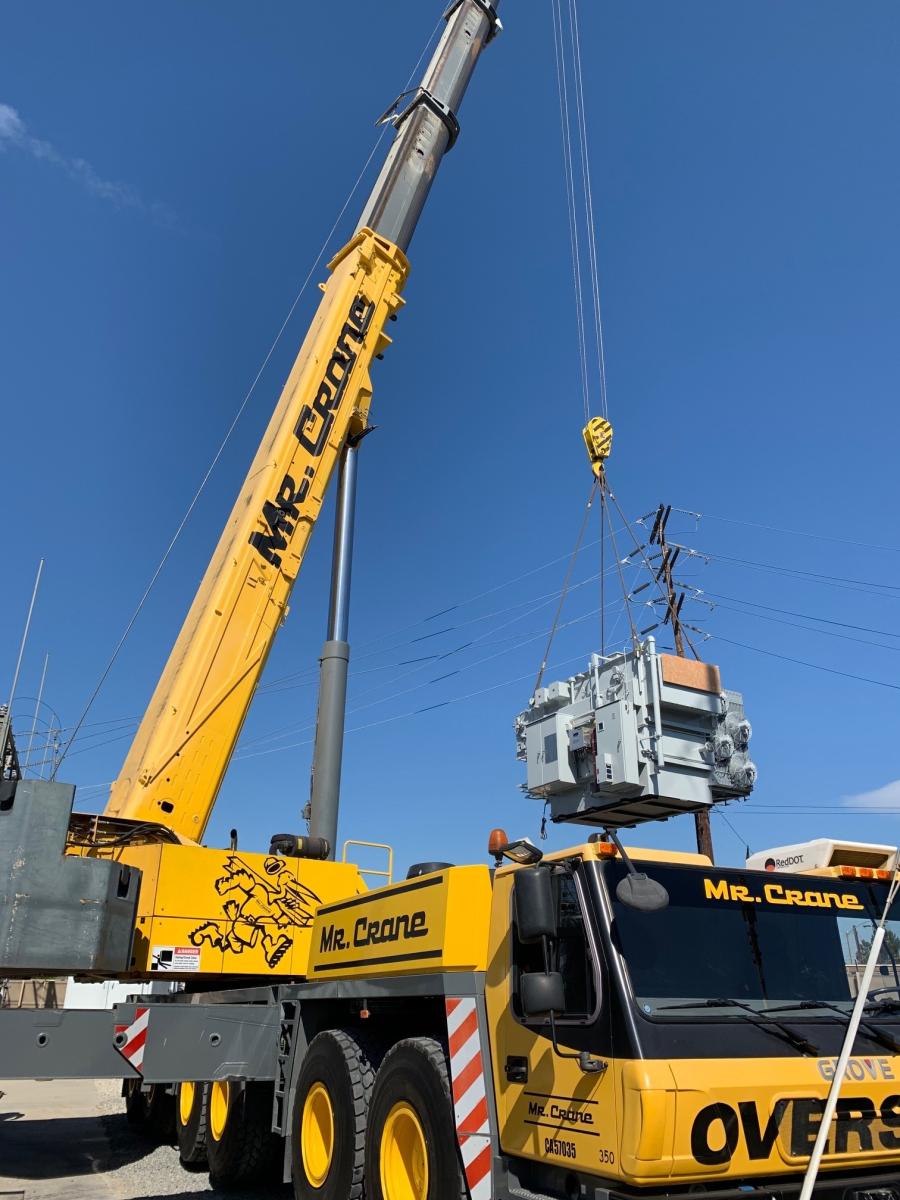 Like other companies, the housing bubble of 2008-09 affected Mr. Crane and INQUIPCO, but they have since rebounded as the economy continues to grow.

"Our revenues and, more importantly, utilizations are currently very strong," said Kent." Workplace safety is a top priority and the firm is committed to ensuring that all team members not only comply with industry regulations, but the job site requirements and best practices.

"We foster a safety culture, not just a safety policy," Kent. "We have an excellent safety record and it is embedded in our corporate culture. Our Experience Modification Rating (EMR) is far lower than the industry average and among the lowest of all crane and rigging companies for 2020 at .57, and our Total Recordable Incident Rate (TRIR) for 2019 was zero."

Kent stressed the importance of open communications between craft labor and management regarding safety and operations.

"We try to foster that daily," he said. "We make sure that we have their buy-off and input on what they feel is going to help them get their job done safely."

Combined, both companies have between 130 to 150 employees, including more than 100 crane operators and craft laborers.

"Our sales and project management professionals take pride in their work and share the culture of our business that everyone gets home safe," said Lee Steinberg

Mr. Crane has had many loyal employees, several of which are multi-generational. This included Randy Edwards, the son of Wayne Edwards, who stayed on for more than a decade after Lee Steinberg's acquisition.

"Steve Macdonald has been with Mr. Crane for 38 years and his son, Shawn, has worked here almost exclusively as a crane operator," said Kent. "Zac Deppe, the son of Chris Deppe our Crane Superintendent, is now a crane operator for us. If we are good enough to introduce your children to the business, we like to think we're doing something right. It's very flattering." CEG