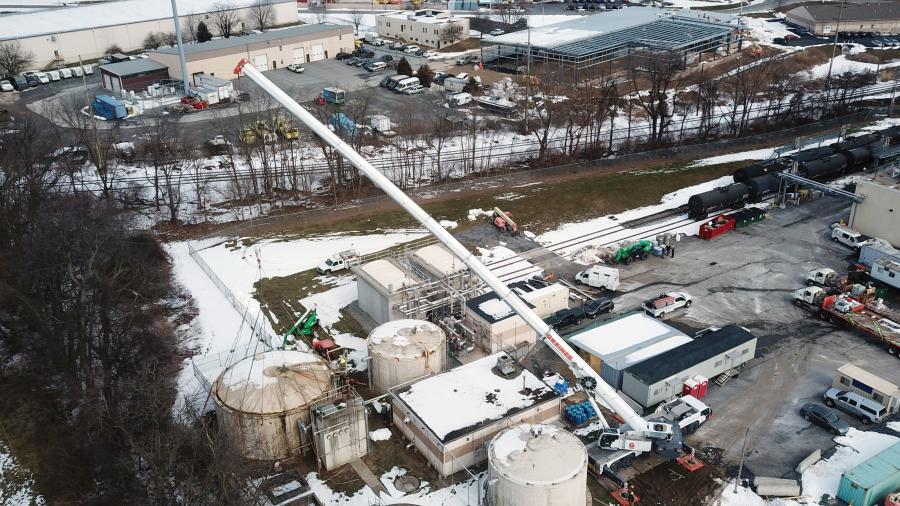 Greiner wanted to add a 350-ton unit to its fleet because of the long main booms this class is equipped with.

"The Demag had the best main boom charts and we thought it would be the best option," said Dan Haulman, Greiner crane division manager.

Haulman started at Greiner Industries in 2008 as a crane operator and now oversees all operations in the crane division.

"Another benefit we found with the Demag is that the mobilization costs are lower due to the counterweight breakdown."

Greiner intends to use the crane primarily with just the 262.5 ft. main boom. It doesn't need to install a jib to get that extra reach, which saves a lot of time during setup. It also saves on costs because it doesn't need an assist crane to build a jib.

In addition to the 262.5 ft. main boom, the 350 ton capacity crane features a 393.4 ft. tip height. It was purchased with the following optional equipment:

Greiner intends to use the AC 300-6 in three major market sectors: the bridge market for setting bridge beams, the mechanical market for setting large HVAC units and the telecommunications industry for working on 180 to 220 ft. cell towers with just the main boom.

Paul Lonergan, owner and president of Empire Crane, said "Empire Crane has been working with Greiner for many years now. They're a great team of hardworking and detail oriented individuals. With their experience with the AC 500-8, we know they're going to love running the AC 300-6."

Two years ago, Greiner purchased a new 2019 Demag AC500-8 from Empire Crane. It uses the Superlift often and has done a number of jobs with the luffing jib.

"The increase in capacity is so drastic when you put the Superlift on," Haulman said. "The structural integrity that it adds to the boom increases the chart dramatically and has benefitted us in a number of projects."

"We're happy to have another Demag in the fleet. They're excellent running machines and we look forward to using this crane. Hopefully it'll be just as busy as the AC500-8," Haulman said. 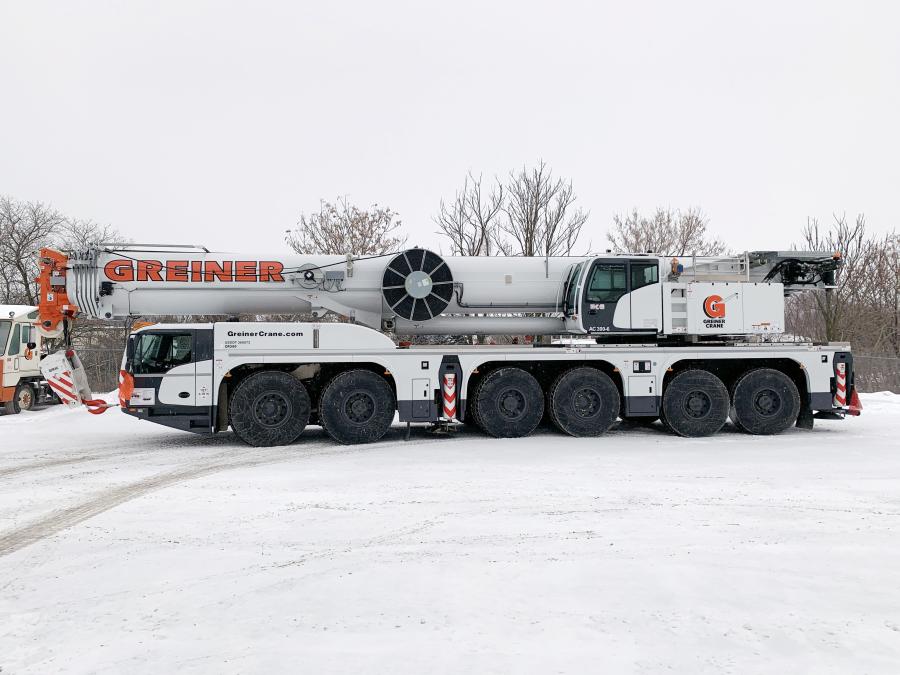