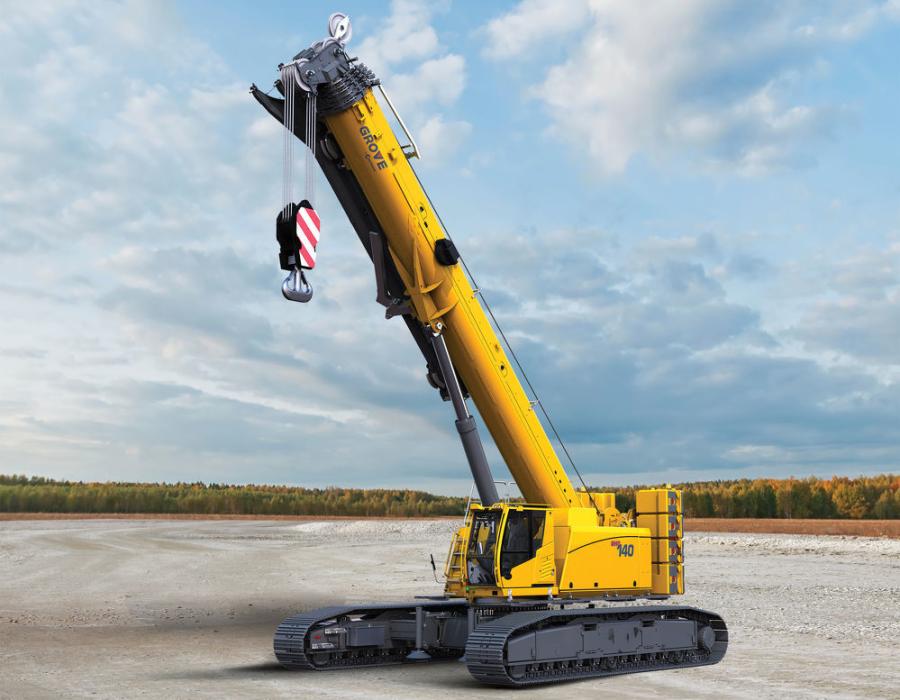 The utility market has long known teleboom crawler cranes are workhorses in the field. They can easily navigate sketchy terrain, hike steep slopes and coast over soft ground. But their abilities to pick and carry a full load chart, work on out-of-level conditions and hold various attachments are drawing the interest of contractors in many construction sectors.

"Telecrawlers become indispensable on work sites where a rough-terrain or all-terrain crane can't go, or on a site that a conventional crawler crane utilizing flat pads can't navigate," said Rick Mikut, ALL Family of Companies. 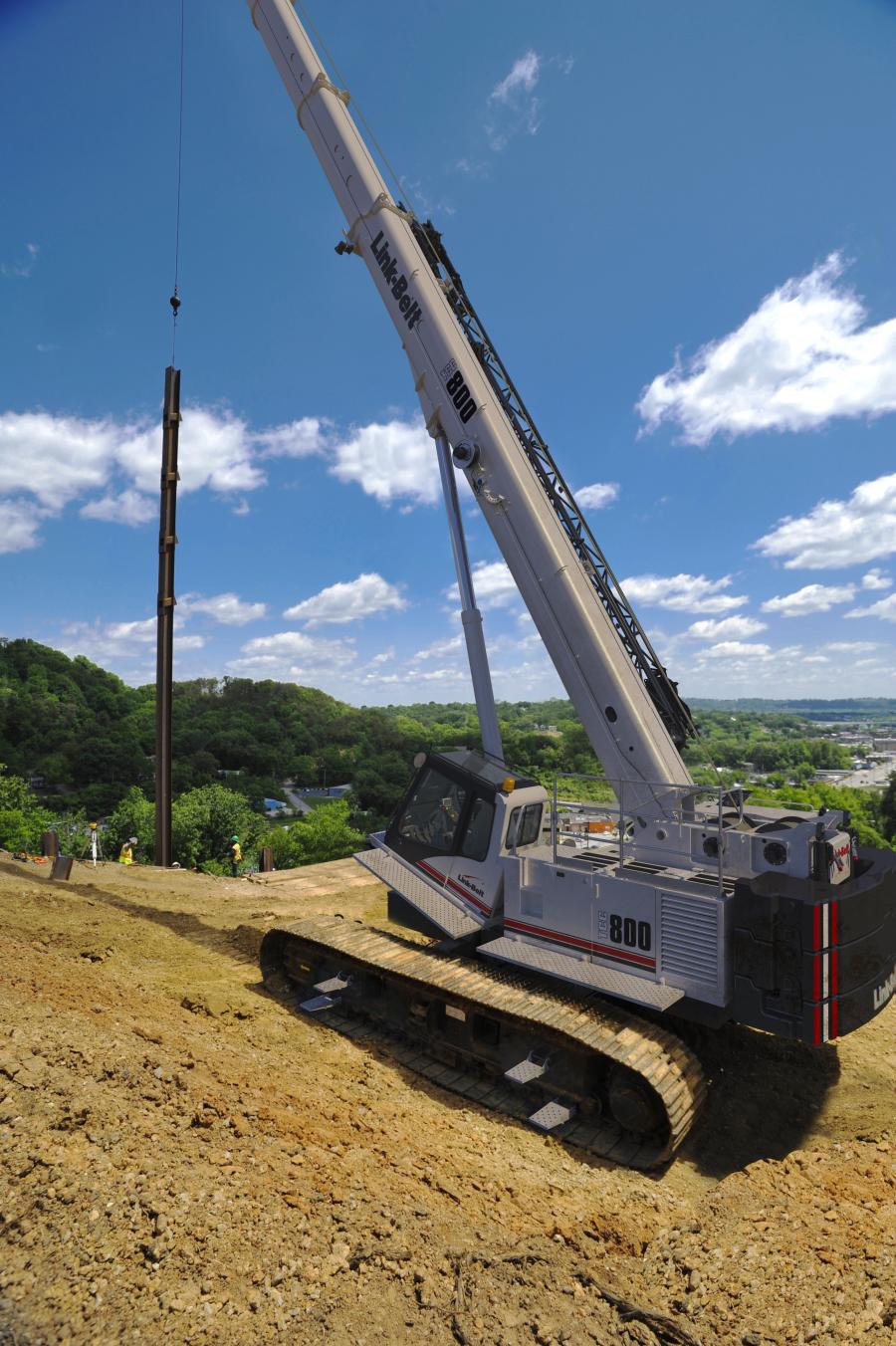 "They are popular where ground conditions are poor and lift sites can be far apart," added Mikut, crawler crane division manager of the Cleveland, Ohio-based company, in a reference library article on ALL's website.

This fall, ALL added nine new Link-Belt cranes, including six telecrawlers, to its fleet. The company firmed up 16-unit Link-Belt package earlier in the year.

"Link-Belts are a staple of ALL's daily taxi fleet," Mikut said when the purchase was announced.

"They provide fast setup and a high degree of mobility for customers across a variety of diverse industries."

The telecrawlers will be utilized in power line and wind jobs as well as small steel and precast plank projects.

Mikut was particularly drawn to the SmartFly system, which he believes "will make job sites safer."

He said that's because "it requires one section of the jib to be pinned before moving on to the next section."

"They're dependable, crawl into position, and get to work fast. They can add several hours a day of operating time to a job site."

The popularity of teleboom crawlers also bears out in new higher-capacity models being marketed in North America by crane manufacturers this year.

Crane companies and end users are scooping them up — some in multiple orders placed this year.

Manitowoc dove into the telecrawler market in 2015 after partnering with German crane manufacturer Sennebogen and marketing the models under its Grove brand.

The crane sector has proven successful for Manitowoc, which has steadily introduced higher-capacity models to fit customers' needs.

The highest-capacity crane in the Grove telecrawler line, the GHC140 has been touted for its lifting power at both mid-range and maximum reach.

The crane has a six-section pin boom that extends from 40 ft., 5 in. to 171 ft. It comes standard with a 49-ft., 3-in. bi-fold swing-away jib extension with offset capability.

The Grove teleboom crawler's maximum tip height is 229 ft., 8 in.

In introducing the crane, Grove marketed the GHC140 as a 100-percent pick-and-carry machine. It can lift objects from a slope of up to 4 degrees, and has a theoretical gradeability of 57 percent.

The crane is fully self-rigging for fast, simple setup. Jacks are mounted on the frame for easy installation of tracks and to hydraulically install the counterweights.

Manitowoc is marketing the telecrawler to not only companies specializing in utility work, but those working in alternative energy applications.

The crane manufacturer believes contractors working in tunnel construction will find the crane especially useful because it fits easily onto a variety of job sites.

"With its pin telescoping boom, operators can handle a variety of lifts at various radii to reach greater heights," according to the manufacturer.

Link-Belt introduced the TCC-800, an 80-ton capacity telescopic-boom crawler crane at ConExpo. The new rig was to begin field testing this past spring.

Its predecessor, the popular model TCC-750, has been a cornerstone of Link-Belt's teleboom crawler market since its debut in 2008.

"VCALC offers the added flexibility to operate the crane with side frames in asymmetric configurations," said Scott Knight, product manager lattice and telescopic crawler cranes in introducing the machine.

These key features, alongside a new cab with 20-degree tilt, offer a contractor the ability to take on a multitude of tasks on any job site.

Applications from pile driving or bridge work to plant work and general construction, are possible.

The TCC-800 self-assembles with 38,500 lbs. of upper counterweight, according to Link-Belt, and two 3,000-lb. carbody counterweights.

Tadano Mantis displayed its new GTC-1600 at ConExpo. The 160-ton model increase the maximum capacity of the GTC line, and expands it to six machines.

Testing of the telecrawler was to continue through the third quarter of 2020, and sales were planned to start at the end of 2020.

The GTC-1600 is equipped with a six-section, 42.8- to 200.1-ft. hydraulic boom engineered for both higher, longer lift work and out-of-level and pick-and-carry work.

Jib length of up to 105 ft. is possible with two 23-ft. optional lattice inserts, offering the operator a maximum tip height of 305 ft.

Equipped with Tadano's OPTI-WIDTH, the GTC-1600 is capable of limitless combinations of symmetrical and asymmetrical track width setups, according to the manufacturer.

It has no requirement for pinning of the track frames in fixed positions.

The GTC-1600 has efficient features, such as a self-erecting counterweight system with remote control and integrated two-stage carbody jacks, for easy setup.

"They're tough. They're versatile. They're unmatched in performance and reliability," said Johnson.

Hydraulic telescopic crawler cranes, around since the 1960s, have become increasingly popular on a multitude of job sites. 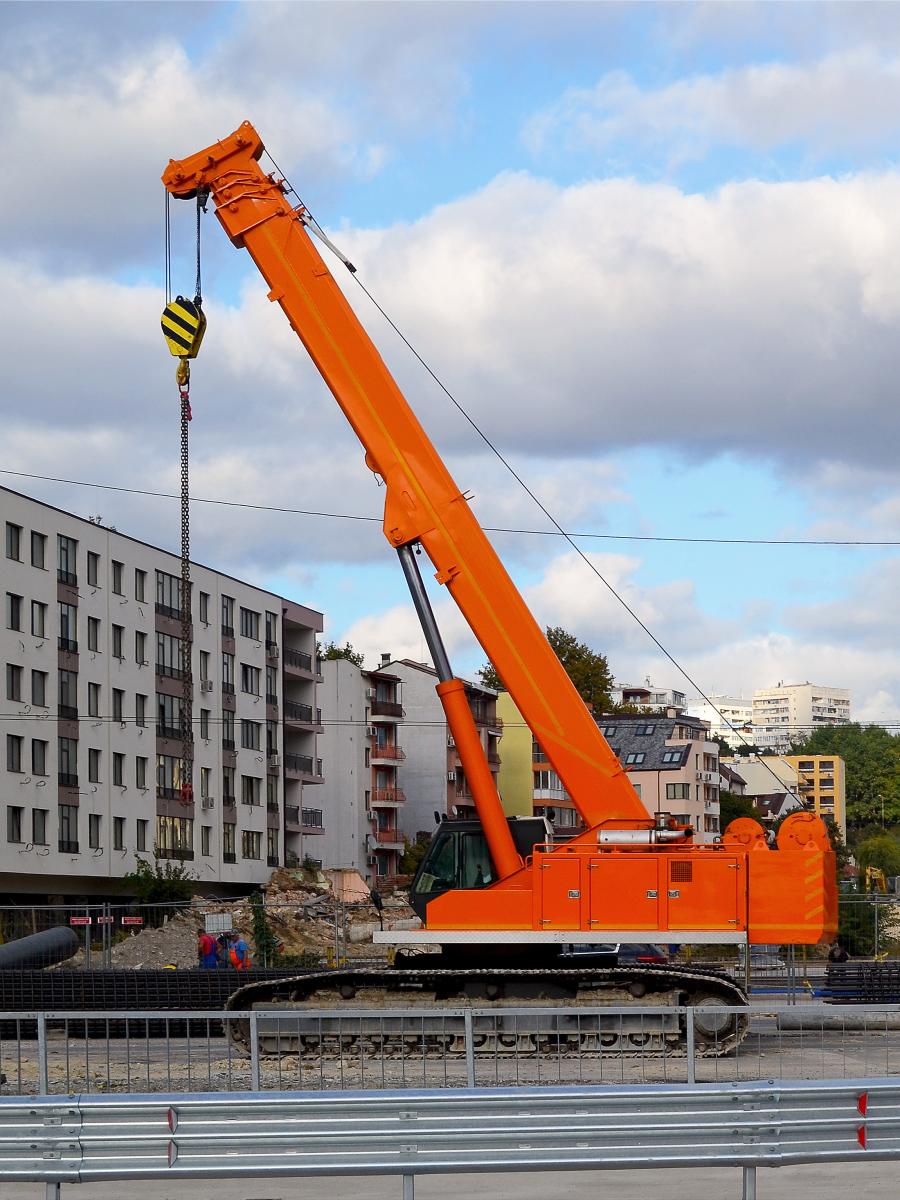 "Steadily advancing technology has made them so versatile," said Mikut. "The footprints of telecrawlers have gotten narrower, booms are lighter and transportability has improved. They have evolved into powerful, agile machines."

Telecrawlers marry the mobility and stability of a crawler crane to the quick-setup advantages of a telescopic all-terrain or rough-terrain crane, according to the ALL website.

Like lattice boom cranes, telecrawlers exhibit high maneuverability, but they require no space or time on-site to build the boom.

New higher-capacity telecrawlers excel in environments common to road and bridge construction. For example, machines like ALL Crane's 250-ton capacity TCC-2500 can self-erect in just a few hours and are easy to operate, the manufacturer said.

A telescoping boom provides a major advantage. Unlike a traditional crawler, the telecrawler's boom is not fixed, so obstructions do not require moving the crane and rebuilding the boom.

Operators can simply bring the boom into more easily maneuver around overhead structures — which can save as much as half a day of time, said ALL.

"For road and bridge construction, such as highway widening projects, productivity-enhancing savings like this can add up."

These machines also provide unique advantages over other hydraulic cranes, because of their increased mobility on crawler tracks and their ability to handle picks without needing outriggers.

Less ground pressure is exerted by a telecrawler's tank-like tracks, so the total weight is spread over a smaller area.

"This allows the crane better access to tight corners, narrow alleys, and steep hills that a conventional crawler crane might not be able to handle," according to the company. CG