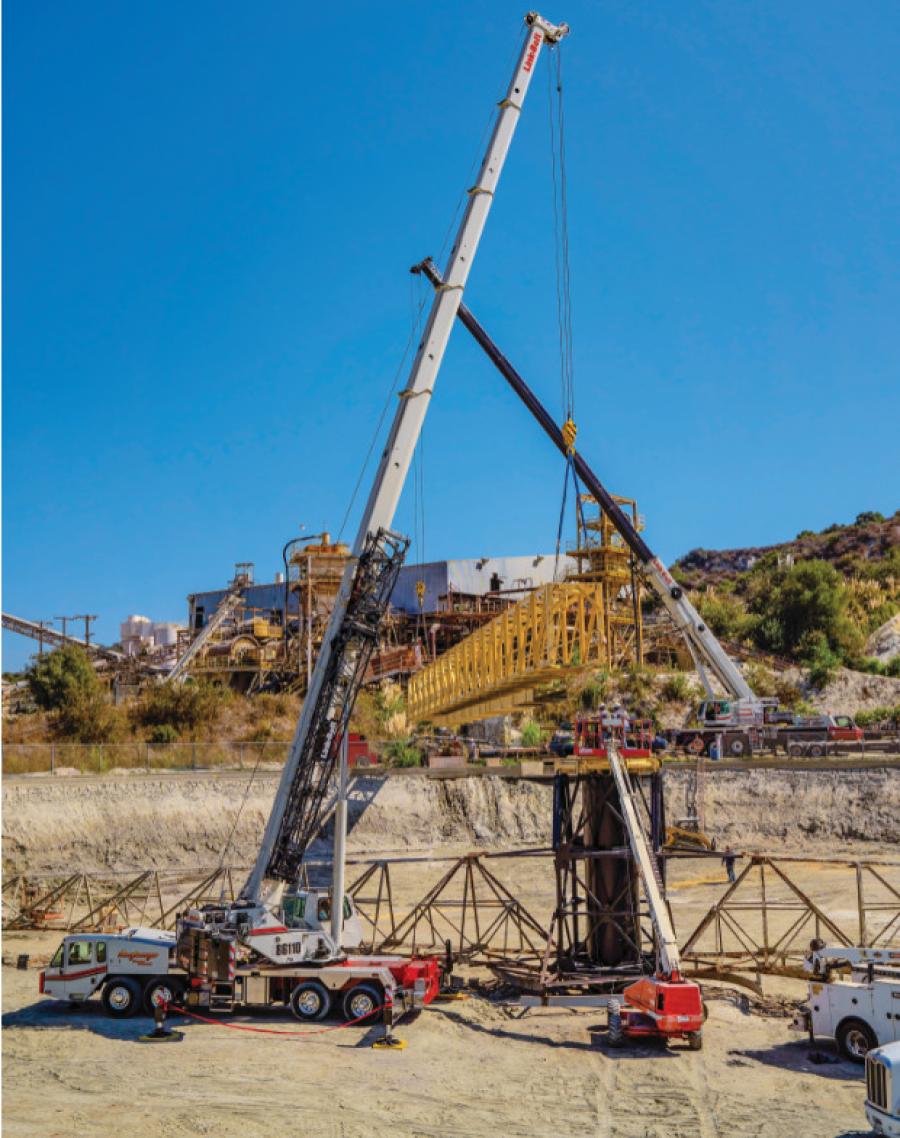 "It was a little bit of a unique setup," said crane operator Mike Norris, who ran the HTC-86110. "A temporary ramp was built for us to get the HTC-86110 down into the pond. Then we were set up along with the ATC-3275 so we could pick the bridge and set it into place."

Reach for both cranes was important for positioning the bridge.

"On our end, we had close to 36,000 lbs. and lifted and placed on the center rotating joint," said Norris. "Any time we do a two-crane pick, we have two crews we will put on the job."