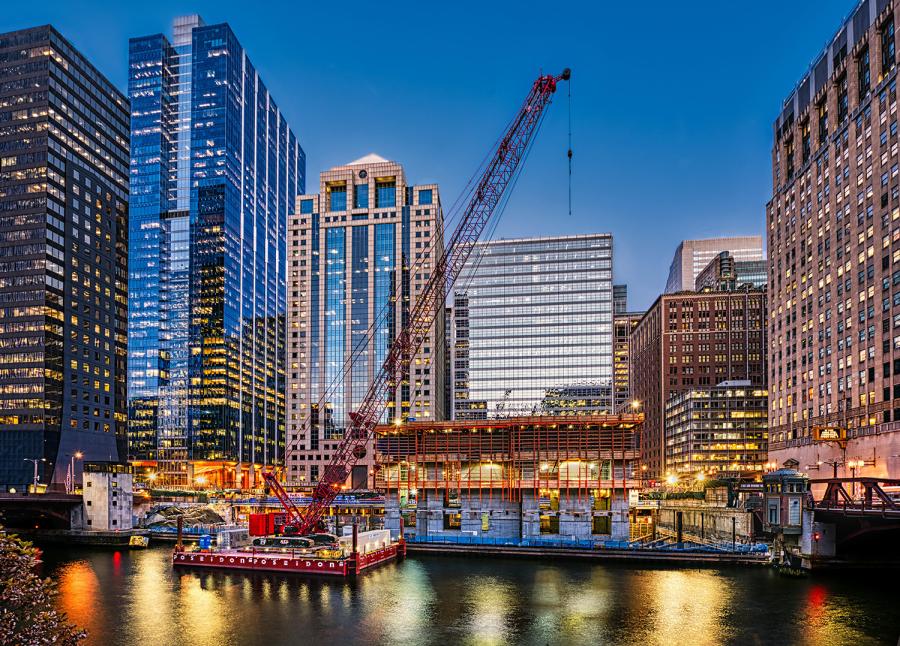 Rick Mikut, ALL Crane's crawler crane division manager, worked with Manitowoc on upgrades to the 220-ton capacity 14000 series 3, recommending adjustments that improved the cab and added counterweights to increase its load chart when the boom is extended.

"Among other things, the new 14000 fills a capacity niche that will be highly useful for setting girders in bridge work," said Mikut.

The investment also reflects the continued popularity of MLC300 VPC, adding three new units to the fleet. The various attachments included in the purchase provide additional options to customers, adding the flexibility to further customize equipment depending on the application.

Mikut said the wide boom attachments are desirable for a number of reasons, including their safe performance in higher winds.

"In wind energy construction and repair, for example, the ability to operate safely even in an extra 5 miles per hour gives you an edge when you're working up that high."

In addition to wind work, Mikut expects the new crawlers and attachments to be in demand in markets like infrastructure, industrial and plant maintenance.

Mikut said all pieces in the package were strategically chosen to respond to customer demand. Delivery will occur throughout 2021, with distribution across ALL's 33-branch national footprint.