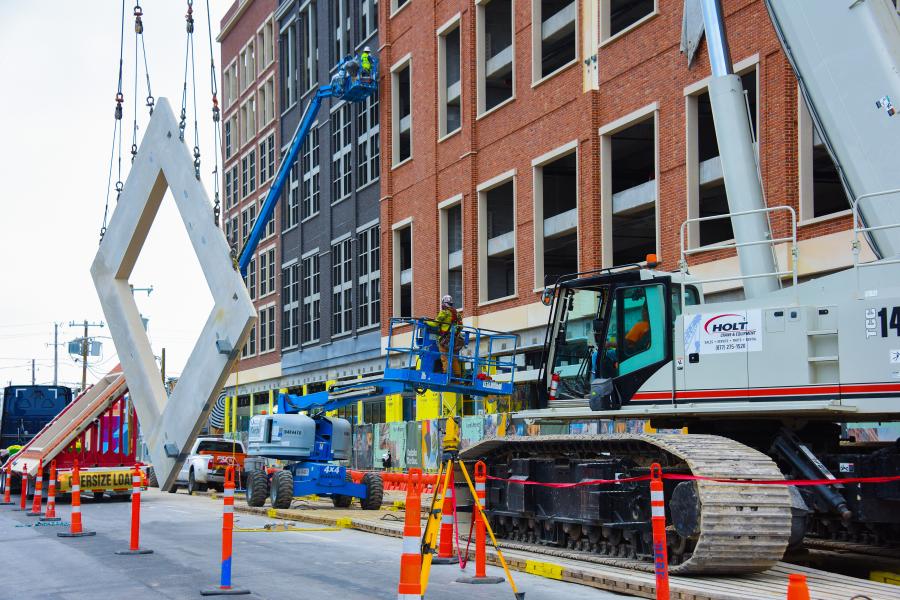 Derr and Isbell Construction LLC of Euless, Texas, has a long company history of lifting structural steel and precast for projects across the country, and was awarded the contract for the 474,000 sq. ft. (44 036 sq. m) mixed-use development. 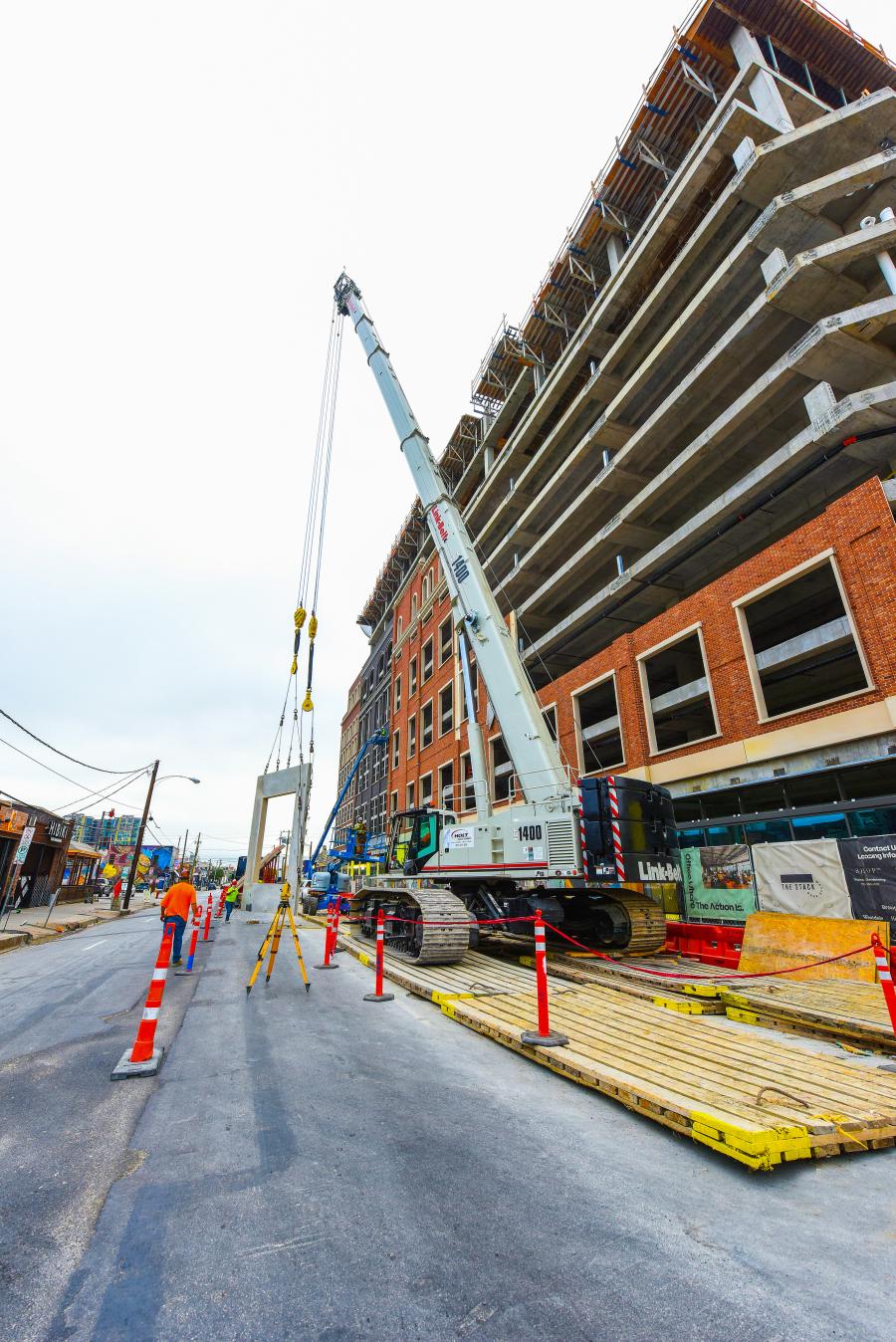 The precast panels were trailered onto the job site in a tilted position. The TCC-1400 used its stowable 10 ft. (3.04 m) fly for two winch line picks, each with three parts line to rotate the panels for placement. Two series of rolling blocks rigged with sufficient chokers lifted the panels off the trucks and then an additional two series of rolling blocks with four-pick points attached to the top side to rotate the panels upright.

"We chose the TCC-1400 in large part because it is so easy to maneuver around these city blocks. Whether it's with pick and carry, or the tighter street requirements presented here in downtown Dallas, it's an easy crane for this sort of work," said Derr & Isbell Superintendent Randy Denn. 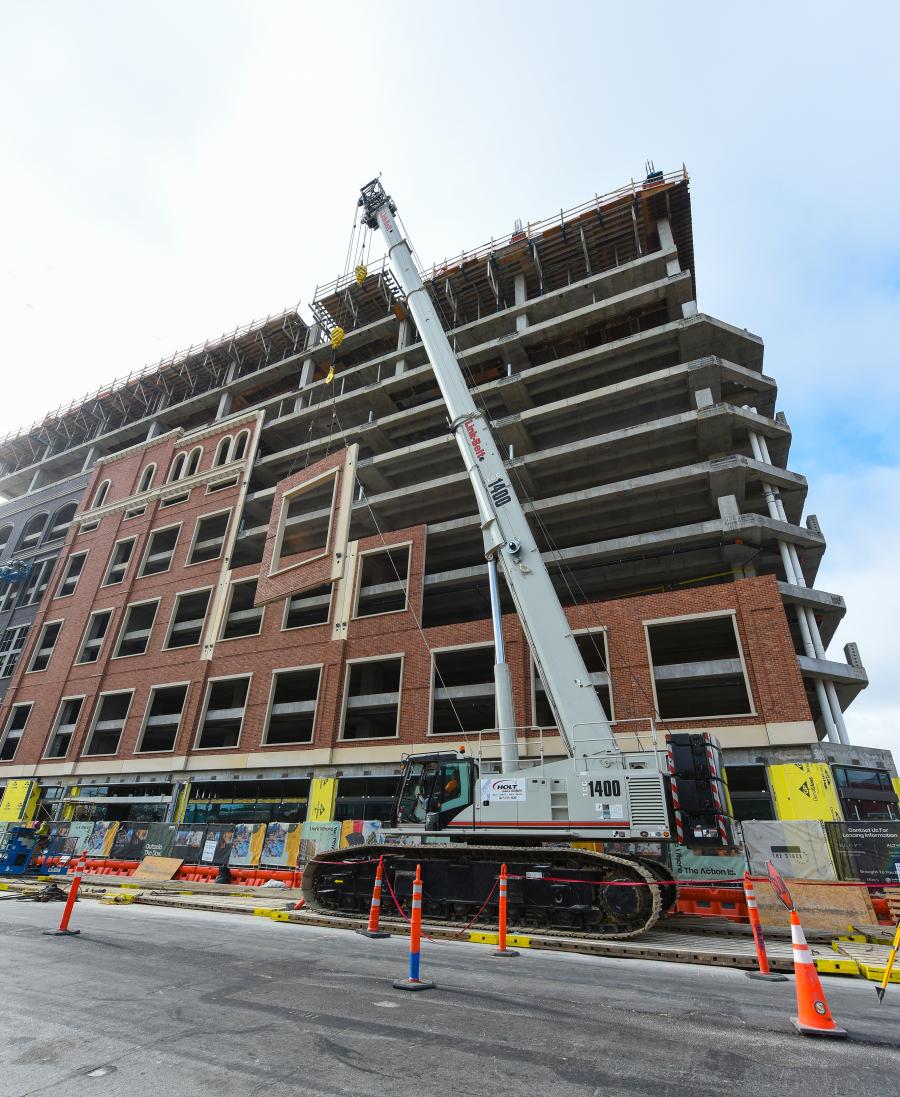 Link-Belt TCC-550 to Debut at CraneFest →