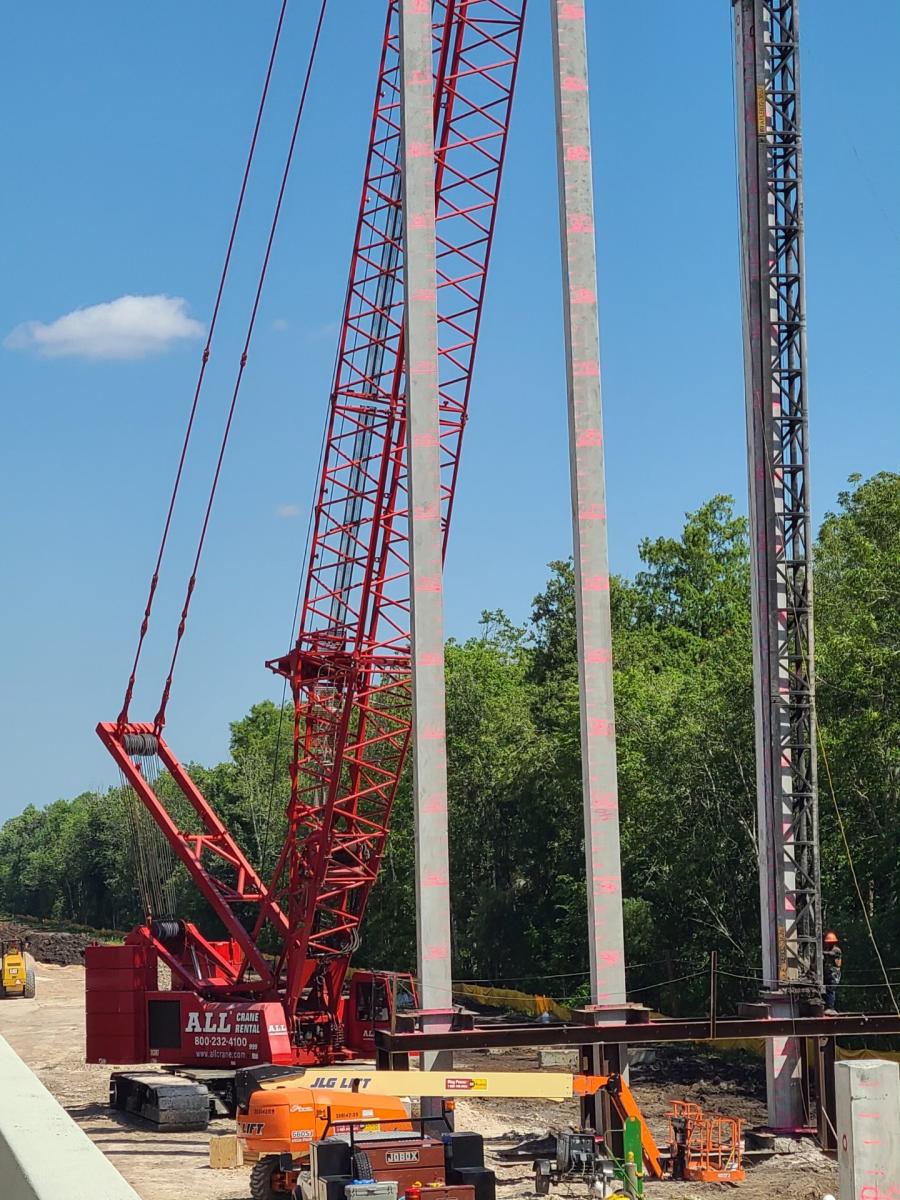 Lane Construction is general contractor of the 1.5-mi. bridge job, dubbed Poinciana Parkway Phase 2, and has selected ALL Crane Rental of Florida, a member of the ALL Family of Companies, to provide lift equipment.

In 2015, a new two-lane bridge was constructed over the Reedy Creek Swamp to provide another connection between Poinciana and nearby communities and highways. Now, just six years later, a second bridge is needed. It will be constructed parallel to the existing bridge to expand traffic flow to four lanes, two in each direction.

Lane Construction is general contractor of the 1.5-mi. bridge job, dubbed Poinciana Parkway Phase 2, and has selected ALL Crane Rental of Florida, a member of the ALL Family of Companies, to provide lift equipment.

"We chose the 999 because it had the reach and capacity required for the job and it could also fit comfortably into the narrow space that would be created between the two bridges as the new structure was erected," said Cody Johnson, service manager of ALL Crane Rental of Florida, who also has assisted with development of the job.

An immediate challenge came in the form of the loamy earth inherent to a swampy environment.

"It's par for the course in this part of the country," said Rob West, project supervisor of Lane Construction. "With low-lying wetlands, you have to expect the muck."

The Manitowoc 999 can't do its work from a closed lane of the existing bridge; it has to be on the ground below. So they're constructing a crane pad by excavating approximately 6 ft. of soil and replacing it with a mix of sand, aggregate and lime rock then adding ground mats to top it off.

Crane operators will be flying piles off the existing bridge and stacking them up below, where a permanent two-stage template sits on the ground. Once that is set into position, crews will auger the holes. The 999 will be used to set and drive the piles into place.

Phase 2 has an aggressive 900-day construction timeline. To maintain the schedule, West said crews will eventually be pouring two caps each week and turning out three bents of pile each week.