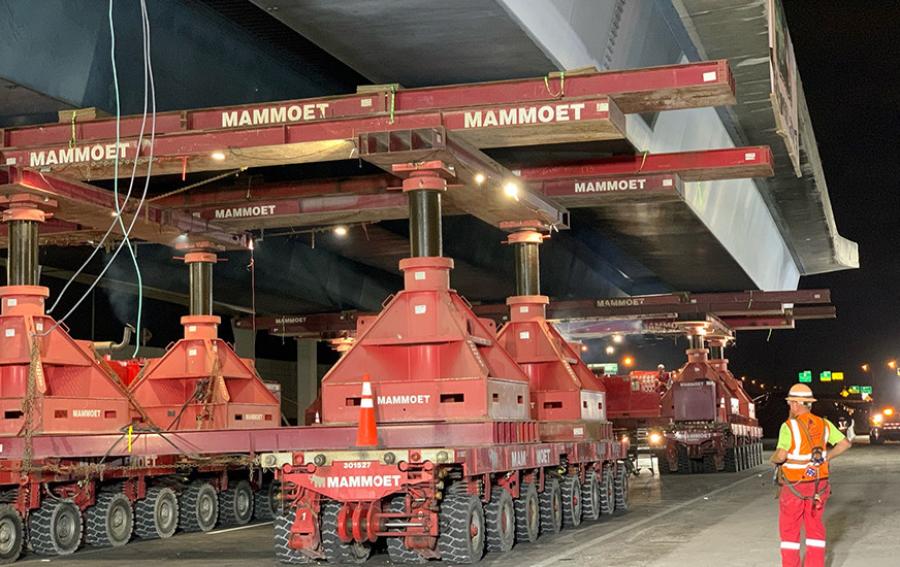 Mammoet teams assisted client Archer Western and De Moya Group with the successful removal of the westbound State Road 84 bridge over I-95 in Fort Lauderdale, Fla., in June.

The bridge removal is part of the I-95 Express Lanes Phase 3C project, which will result in wider travel lanes on I-95 below the interchange with I-595 and improved efficiency of the SR 84 interchange. With the removal of the westbound lane complete, crews will now work to widen the travel lanes and then reconstruct the westbound SR84 bridge. 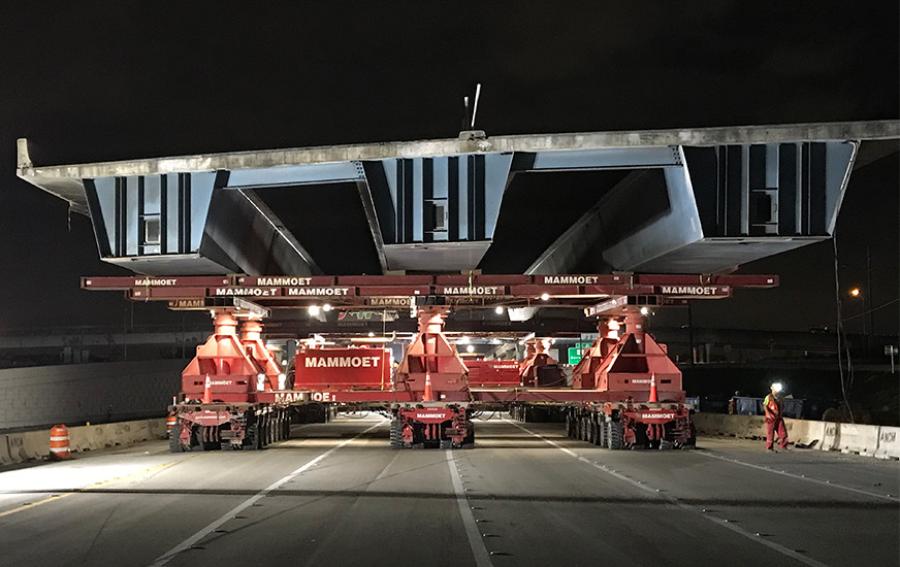 Mammoet's team suggested an alternative method, which not only expedited Archer Western's original two-stage demolition plan, but also avoided the risk of crews working over flowing traffic. The team proposed to remove the entire bridge in one night by using the Accelerated Bridge Construction (ABC) method.

Using six trains of 8-line SPMTs equipped with 250-ton jacks, the bridge was lifted from its abutments, traveled southbound along I-95, and finally staged on an offramp to later be demolished. This approach saved over an estimated 29 days of work.

In total, the Mammoet crew was in and out well within the allotted outage time, ensuring that the lane closures were kept to a minimum and normal traffic patterns could resume ahead of schedule.

Archer Western's Assistant Project Manager Massimo Raksha said, "As expected, Mammoet's performance exceeded our expectations. On time mobilization as promised with a very aggressive schedule due to the limited time between mobilization and execution (only six days), which was a huge challenge to prepare and assemble all of the equipment and systems. The team worked efficiently, were well coordinated, and never forgot that safety was job one. They had great communication and responsiveness, even while we were dealing with questions about the nature of the work."

Mammoet has extensive experience in utilizing the ABC method, including setting a light rail system in Canada and the recent installation of a walkway at Seattle-Tacoma airport.