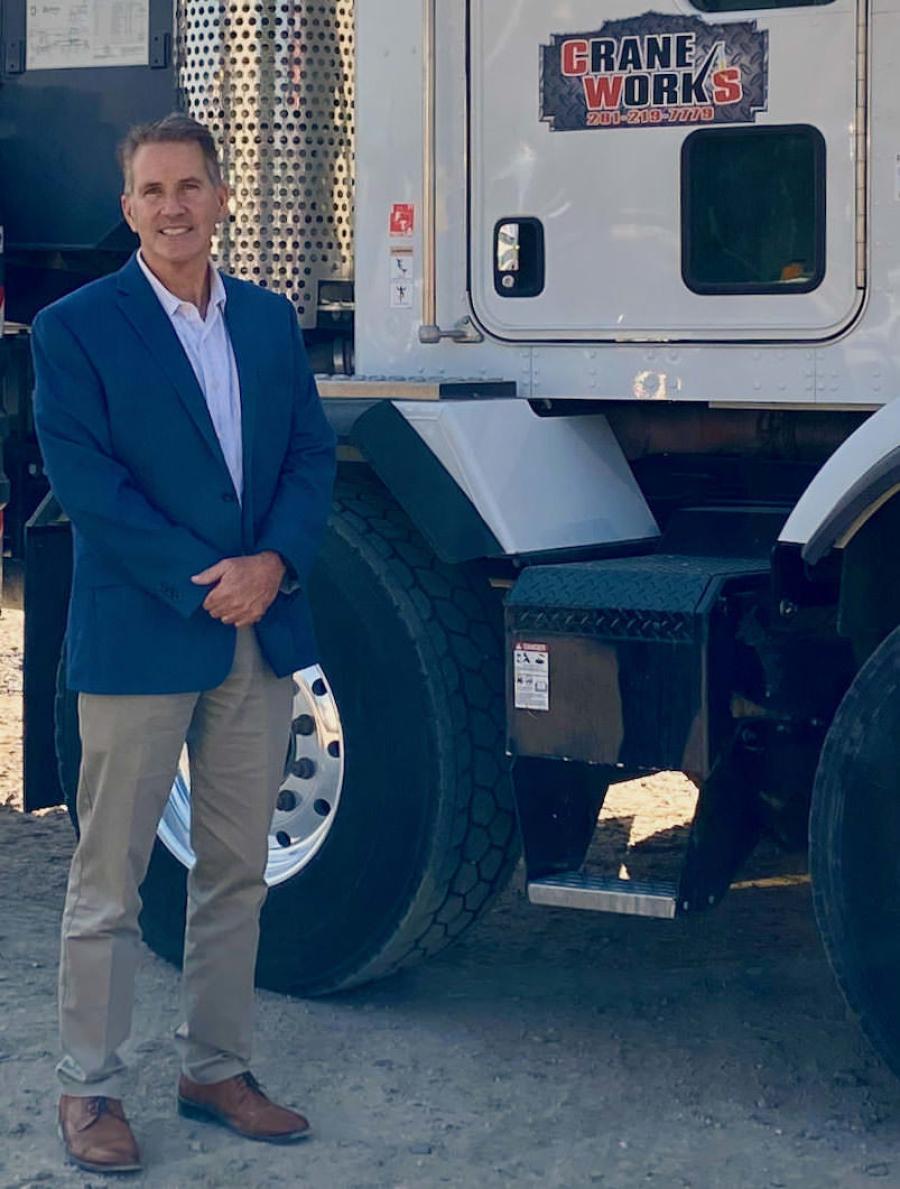 CraneWorks Inc. announced that Scott Wilson has joined the company, taking on a newly-created position as the organization's vice president of sales and marketing.

Wilson is a former CraneWorks customer, joining the company with 40 years of crane industry experience. He began his journey at just 17 years old in Huntsville, Ala. He operated cranes and forklifts, drove trucks, moved machinery and repaired equipment for his first 16-years in the industry.

Wilson's most recent position was as president of a large crane company, starting with just two locations and slowly growing to more than a dozen locations and over 650 employees.

In his new role, Wilson will work with employees across the CraneWorks organization, from executives to general managers and from salespeople to marketing personnel, to craft a strategic plan to better communicate the value of the company's cranes, equipment and people to the world.

Over the next year, Wilson will rack up some serious frequent flyer miles, crossing the nation to visit with both customers and employees to build brand awareness, show off the company's many capabilities (including its crane repair facilities and mobile service trucks), and better understand customers' needs.

"I want to thank Dave Collis, Keith Ayers and Bob Maze for allowing me to take my next step in the crane industry," said Wilson. "Dave Collis is famous throughout the industry as the undisputed king of material handling cranes. Likewise, Keith Ayers and Bob Maze are also known coast-to-coast in the industry, and over the last few years, they've built a strong reputation for mobile crane building, sales and service."

"Scott's one of those rare guys who started in the trenches, kept at it, and over time worked his way to the top," said Ayers, CraneWorks CEO. "Since he worked in nearly every aspect of the crane industry, he can tell the sales team from firsthand experience what's important to the crews in the field, business owners, buyers, crane operators, project managers, schedulers, dispatchers and more.

"I've known and respected Scott for a long time during his tenures at other companies, and I never imagined until recently we'd have the chance to bring him on board here at CraneWorks. This addition gives us a pretty formidable leadership team, and an exciting future as a company to look forward to."