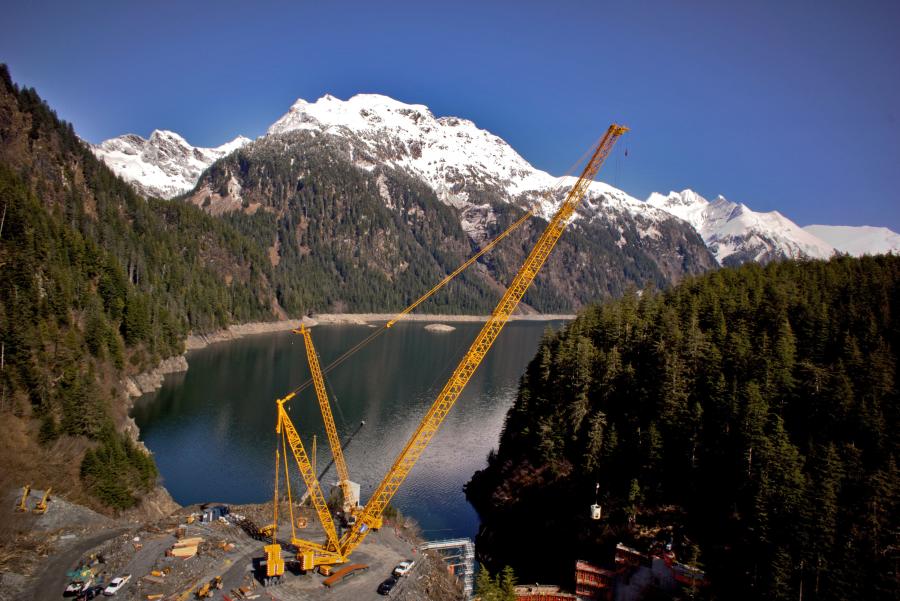 With ballast wagon — the LR 1600/2 installing a dam wall in Alaska.

The 660 ton (600 t) LR 1600/2 crawler crane is being removed from the Liebherr crawler crane portfolio. Two hundred and twenty three of them have been built and delivered to customers over a period of almost 13 years.

Its successor has already been launched in the form of the LR 1700-1.0.

The LR 1600/2 originally was designed as a crane for wind power and the first one was delivered in summer 2008. In addition to the standard version, a version with narrow crawler track, known as the LR 1600/2-W, also was marketed successfully over a period of 10 years.

The main feature of this version was the fact that it could travel along narrow crawlers in wind farms considerably more easily than the standard version. The narrow track version accounted for around one-quarter of all these cranes in worldwide use.

This was the benchmark for turbines with a hub height of 443 ft. Over the next few years, however, the size of wind turbines increased dramatically up to hub heights of 492 ft. or more. This altered the requirements for the crane, which the designers at Liebherr followed closely.

The lifting capacities and hoisting heights of the boom systems were continuously modified with the SL10 and SL13 versions, which both became established on the market. These booms enabled the crane to handle wind turbines with hub heights of 492 ft.

However, the LR 1600/2 was not just used for wind power, it also was used in industry and for infrastructure projects shortly after the first one was delivered to its customer. Often equipped with a ballast wagon or suspended ballast, the 660 ton crane impressed users with its lifting capacity.

Over the years, Liebherr unveiled more innovations for its crawler crane portfolio, such as the B2 guide and VarioTray for suspended ballast, which eliminates the complicated stacking and unstacking of ballast slabs by simply disconnecting a whole ballast pallet. 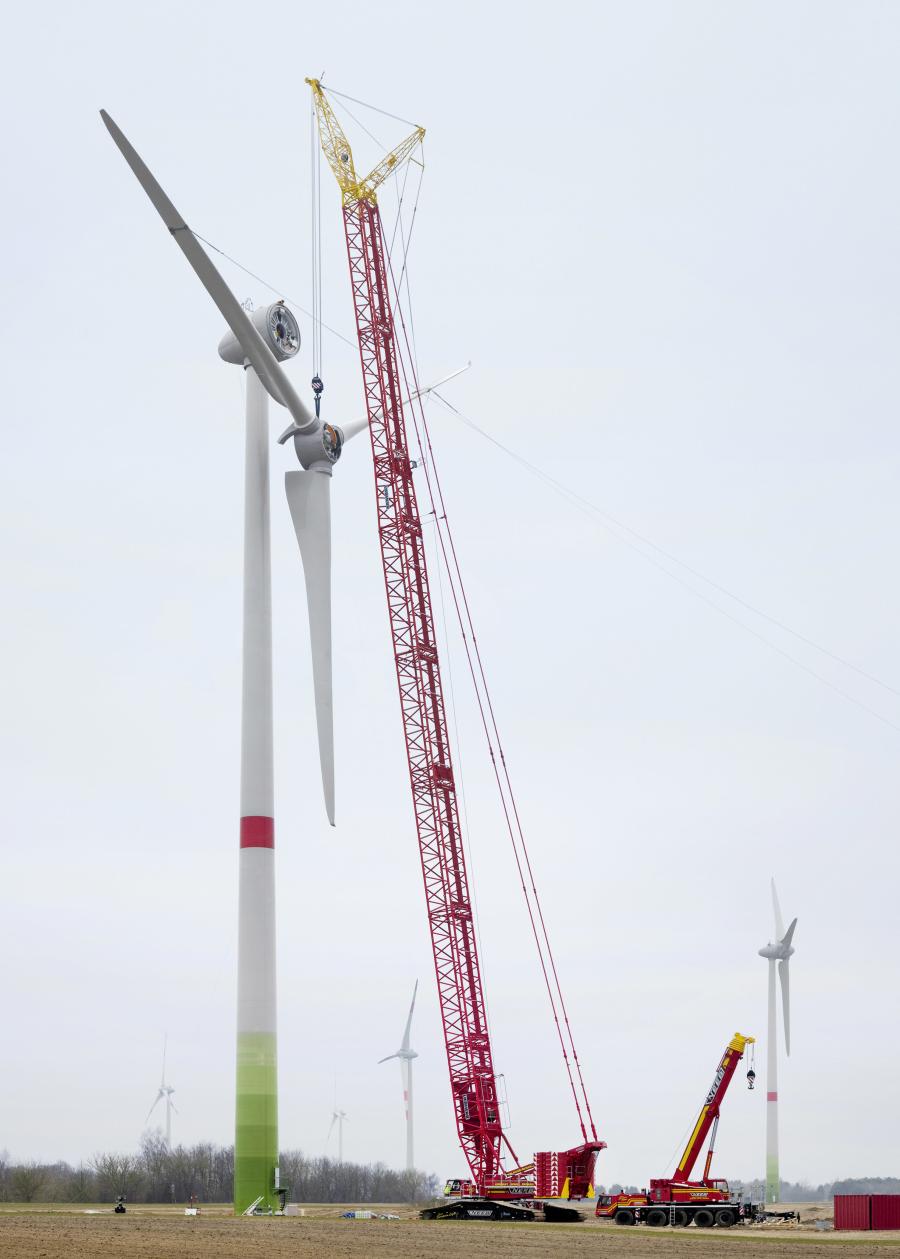 A daily job for the LR 1600/2: installation of wind power components.

New wind turbines with hub heights of 541 ft., requiring loads of over 110 tons (100 t) to be hoisted to this height, are challenges to which Liebherr has responded with its new LR 1700-1.0. It is significantly more powerful than its predecessor and in some load cases even comes close to the LR 1750/2. 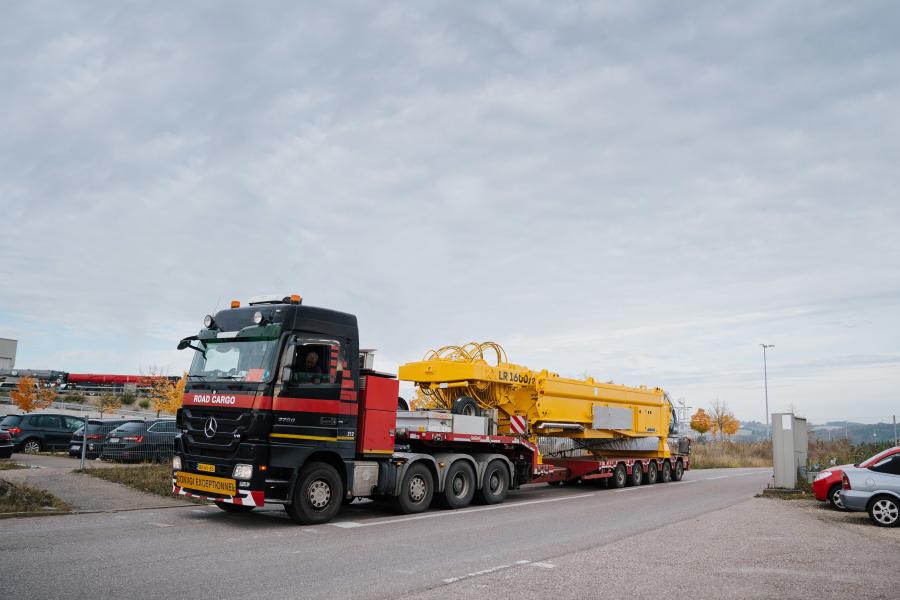 Departure of the last of its kind – the slewing platform of the last LR 1600/2 leaves the crane factory in Ehingen.