Back in 2014, the Bureau of Labor Statistics predicted an 8 percent rise in vacancies for this occupation over the following 10 years — well above the average increase for other highly skilled jobs. As of May 2020, it estimated that more than 44,000 positions nationwide were either filled or available, paying on average $30.77 per hour. And with the best states to be an operator being evenly distributed across the United States you're also never too far from an opportunity to maximize your earnings.

Nationwide averages for crane operators top $64,000 per year, with New Jersey operators earning up to $117,000 annually.

The millennial generation may have a reputation for shying away from "dirty and dangerous" blue-collar jobs, but that hasn't applied to crane operation for decades. In fact, with their reliance on electrohydraulic joysticks and computer screens with game-quality graphic displays, today's spacious, Bluetooth- and AC-equipped crane cockpits feel like a home away from home. And, with this age group's knack for gaming and technology, seemingly possessing superior, innate hand-eye coordination and instinctively understanding advanced crane control systems, there are few demographics more able to be nurtured by industry training programs.

Heavy Equipment Colleges of America (HEC) is keen to encourage as many newcomers as possible to avail themselves of these rewarding opportunities. In particular, there is a key demographic that is benefitting most — an impressive 79 percent of HEC's current students are millennials or younger.

But another group bringing a range of relevant real-world skills to the table are the former military. Take nine-year Army veteran Brian Green, for whom choosing a career path after leaving the military involved a decision between leveraging his degree in Fine Arts or acquiring a new vocational skill.

Now, as a graduate of the lattice boom crawler crane course at HEC, Green said he believes that his previous experience as a heavy equipment operator and tank commander has given him both the passion and easily transferrable skills needed for operating HEC's array of machinery.

"Crane operating seemed more competitive in terms of both salary and lifestyle, offering an essential career in today's job market," he said. "In the Army, you were kind of expected to be independent and know what you were doing. Crane operating is very similar. There could be 300 to 400 workers on a job site all relying on you to operate that crane safely and get the job done so everyone can go home."

"I was a bit nervous operating a crane for the first time but with proper instruction I became a lot more confident," Mathis said. "I've also learned to operate a fixed cab crane and a hydraulic crane — that's three very different sizes of equipment — and my handling is so much cleaner now." 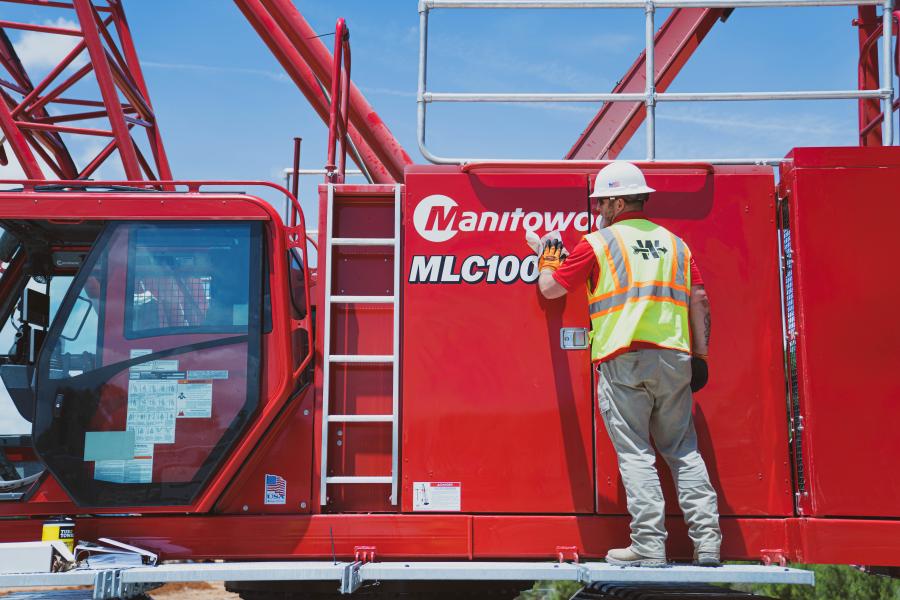 While operating Manitowoc's Crane Control System (CCS) can be reminiscent of playing video games, Green points out that the similarity extends far beyond the interaction with the crane via joysticks and buttons.

"Whether you're gaming or in actual combat, you need to have focus and tactical patience; you can't afford to make mistakes," he said. "You have to make sure that you're aiming properly, making the right decisions, and that's exactly like operating a crane."

Nevertheless, his first time operating a crane wasn't quite the walk in the park he had anticipated.

"Honestly, coming from heavy equipment operation and understanding what those machines could do, I thought I was immediately going to be a pro! But it was a big transition — you operate a tank in a very aggressive manner, while with a crane it's completely the opposite. You need to have a cooperative relationship with it."

Green said cranes these days will do the hard work for operators and help them conduct safe and efficient lifts.

"It's amazing just how much the machine will help you out," he said. "The CCS helps you understand the ratio you're operating in, work out the height and capacity, and does a lot of the mathematical equations for you, allowing you to focus on just moving the load safely. And the cab is really comfortable too."

"I'd always admired cranes and knew that's what I wanted to do. Some people sit and wonder, ‘Could I really do this?' but if you don't step forward, you'll only be holding yourself back," said Mike Lacroix, an HEC graduate who returned to instruct future operators, utilizing the school's fleet of 17 Manitowoc cranes. 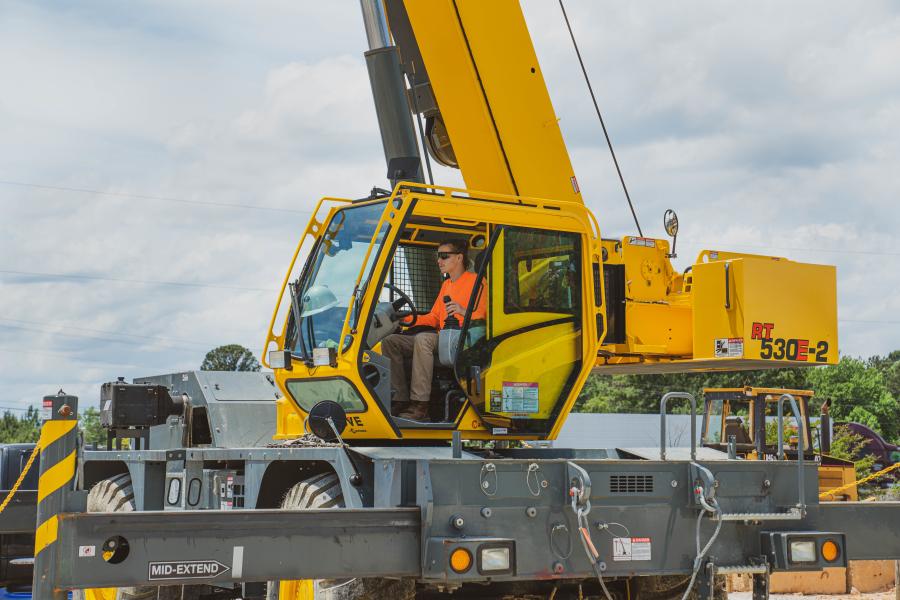 Crane operator training is a comprehensive mix of classroom- and field-based, hands-on, learning. Students learn about load charts, set-up, performing daily PMCSs (Preventive Maintenance Checks and Services) and the different systems on the crane as part of the indoor modules, before going outside to perform daily inspections, practice set-up, learn how to operate the LMI (Load Moment Indicator). For NCCCO (National Commission for the Certification of Crane Operators) certification, this includes timed events such as a chain run, barrel run and corridor runs, having enjoyed one-to-one instruction beforehand.

"The career outlets for crane operators are very exciting," Lacroix continued. "There's the taxi fleet side, with companies that operate in different states; or contract services, where students can link up with different employers, and travel around the U.S. I operated a lot of different cranes, with different controls, and learned a lot of different techniques. It felt like a huge accomplishment to help build something from the ground up and making the future better."

Future crane operators can opt for a variety of niche job options, and since demand is high, count on a worthwhile career, financially speaking.

"There really is a crane operation job to suit everyone. If you don't like heights, there are plenty of cranes you can operate at ground level. If you don't want to drive long distances, you can operate an RT crane, or if you don't want to work construction, you could always try out at the docks," concluded Michael Herbert, vice president of aftermarket services at Manitowoc. "But whatever you choose, it will inevitably be both a financially and personally rewarding occupation."