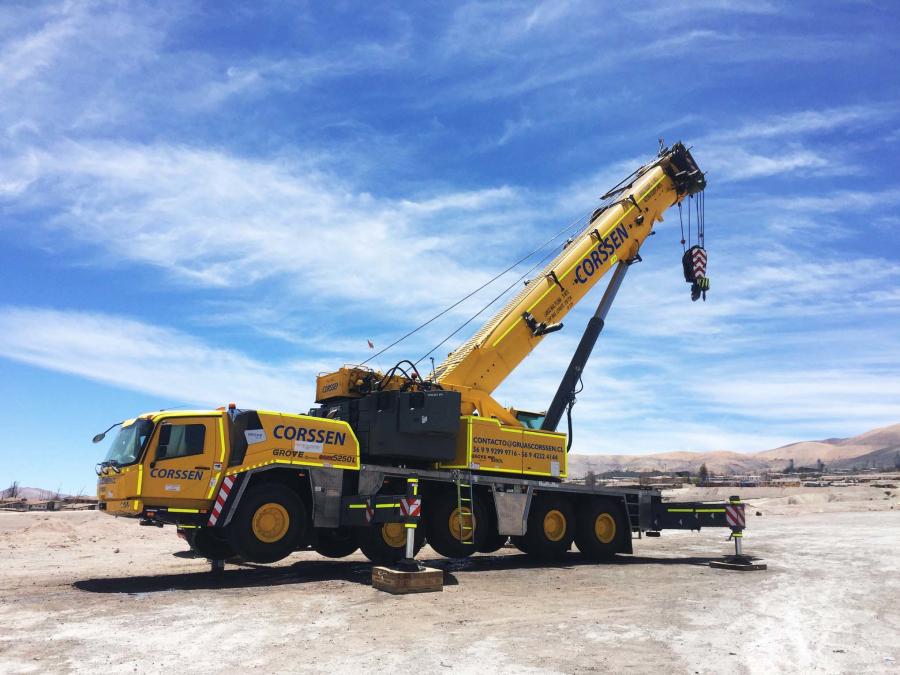 Corssen’s newest Grove, a GRT8100 rough-terrain crane with 100 tons of maximum capacity, has worked consistently at a massive copper mine in Chile’s Atacama Desert for the last two years without any issues, according to Owner Martin Corssen.

Antofagasta, Chile-based Corssen Grúas & Montajes has been in business for more than 35 years and currently counts on an exclusively Grove fleet for lifting jobs in the country's mining, energy and construction sectors.

The company's rough-terrain and all-terrain cranes face tough projects in elevations as high as 15,000 ft. and under extreme temperatures that often hover around 5 F.

Corssen's newest Grove, a GRT8100 rough-terrain crane with 100 tons of maximum capacity, has worked consistently at a massive copper mine in Chile's Atacama Desert for the last two years without any issues, according to Owner Martin Corssen.

"This crane is very versatile, and it has performed well across different jobsite environments," he said. "Whether on the Pacific Coast dealing with high winds, or in the mountains at high altitudes and frigid conditions, the crane has not disappointed."

Corssen's GRT8100 is currently working at a mining port not far from Antofagasta.

"We like this crane for its ability to easily dismantle its counterweight while keeping the auxiliary winch in the superstructure," Corssen added. "The crane's CCS [crane control system] is very easy to operate. Its boom has very good reach and performance."

The GRT8100 has a five-section, full-power boom that extends up to 154.3 ft. and can increase its length to 239.4 ft. with the use of a jib. Power comes from a Cummins QSB6.7L engine, and the crane offers an overall GVW of nearly 60 tons.

Corssen also has a 300 ton GMK5250L all-terrain crane that recently completed a job at a mine that involved expanding and reconditioning a large smelter used to process raw materials into metal using coal as fuel. According to Corssen, the GMK5250L also has been taken to high elevations and extreme temperatures and it has performed well under such circumstances.

"This crane is easy to maintain, and we like the way it is built and how it performs with one single engine," he said.

The GMK5250L is powered by a single engine, which drives the carrier and powers the superstructure. Using only one engine means lower fuel consumption during operation (up to 30 percent less diesel), reduced overall weight and less maintenance, meaning the crane is far more economical.

For more information on the Grove GRT8100, click here. 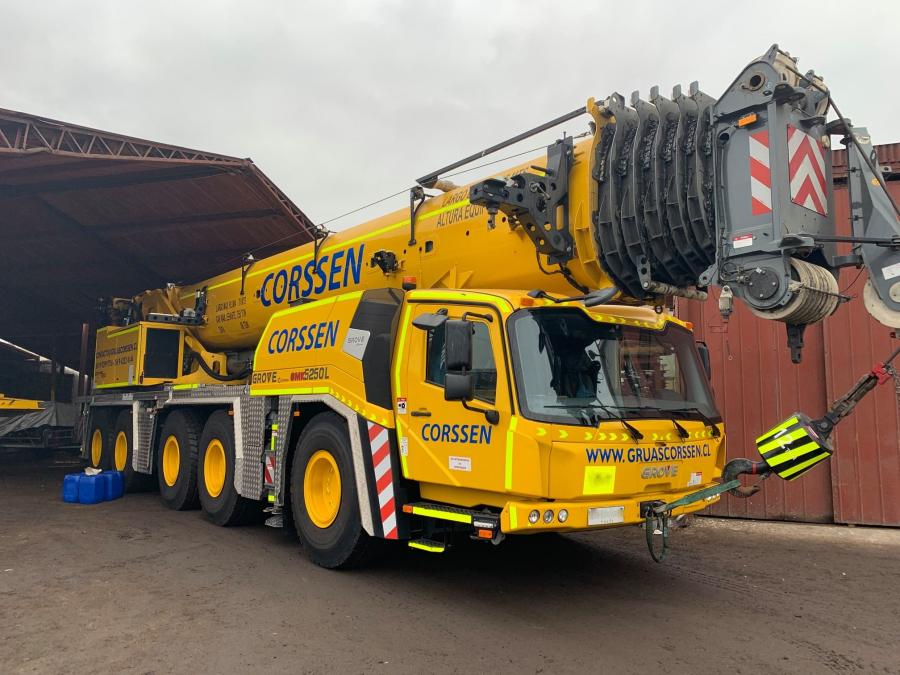 Manitowoc has expanded its Grove truck crane offering with the new four-axle TTS9000-2, boasting all-wheel steering and an impressively long boom on a lightweight carrier.

Manitowoc's longstanding relationship with the International Union of Operating Engineers (IUOE) is further cemented with the delivery of a new MLC150-1 lattice-boom crawler crane to the IUOE's International Training & Education Center in Crosby, Texas.

As a critical next step in achieving the Tadano Group's long-term environmental targets, Tadano Ltd.

The condition of a crane cab says a lot about not only the crane owner but the crane operator. Crane owners can make running a rig a better experience with state-of-the-art operating systems and controls in the cab, but it's the operator's responsibility to ensure his or her "office" is tidy and uncluttered.

In the inner harbor of Wilhelmshaven, Germany, three Potain tower cranes have been constructing residential buildings for the Wiesbadenbrücke development, which will have 300 apartments and the promise of "maritime and urban living in the center of Wilhelmshaven." A Potain MDT 132 G8 and an MDT 189 were assembled in October and November 2019, respectively, and a second MDT 132 G8 was added to the job site in September 2021.