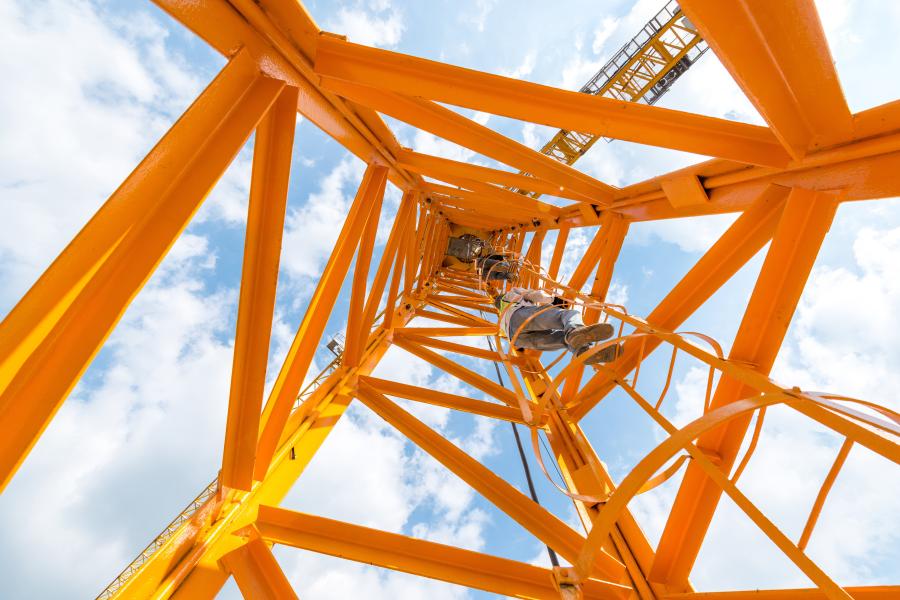 The hazards identified in OSHA’s Focus Four program are responsible for the majority of construction losses. They are falls, caught-in-between, struck-by and electrical hazards.

OSHA will publish an updated Compliance Directive on its revised crane operator certification standards next spring according to Scott Ketcham, director of OSHA's directorate of construction.

The NCCCO Foundation hosts the annual Industry Forum on Personnel Qualifications. This year marked the sixth forum, and Ketcham returned to keynote a lineup of industry experts discussing issues and trends related to crane and rigging personnel qualifications.

An Eagle Eye On Hazards

OSHA's focus for construction for the next couple of years is its Focus Four Hazards. The agency has identified four hazards responsible for the majority of construction losses: Fall, caught-in-between, struck-by and electrical.

"These hazards account for over 60 percent of fatalities in the construction industry trades," Ketcham said. "There is quite a bit of focus from the agency regarding them."

The goal in OSHA's focusing on these four hazards is to get back to the basics of safety, he said. Falls are still the number one killer of construction workers, making up almost 40 percent of all fatalities.

Preventing these fatal hazards involves leadership on the part of management; worker participation, hazard assessment, prevention and control, training; a system for evaluating and improving; and communication and coordination with employers on multi-employer work sites.

"Multi-employer job sites are not unique to the construction industry but are a major factor in these types of hazards," said Ketcham. "The Focus Four program is tailored for construction." 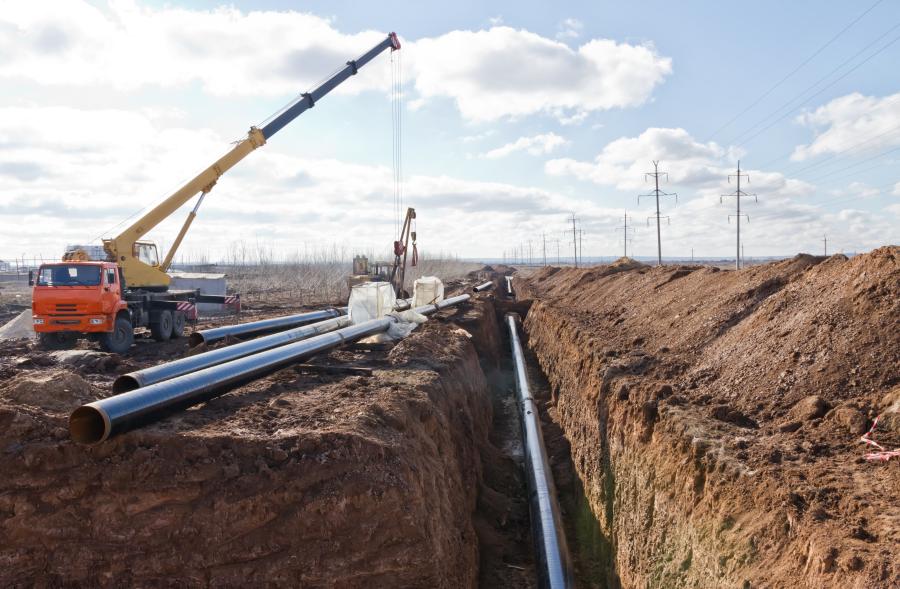 Though last year the pandemic actually reduced the number of OSHA inspections completed, the average penalty for inspection infractions was a little more than $5,500.

"When we did issue a citation, 80 percent of the time it was for a serious violation," said Ketcham. Other violations might be "programmatic issues" not likely to contribute to injury or death, such as a paperwork errors.

"Construction apprised 52 percent of all OSHA inspections," he said. "Of those inspections, there were a lot of unprogrammed activities — fatalities, complaints and referrals."

"Unfortunately, we were quite busy in that area last year," Ketcham added..

OSHA ranked the Top 10 construction violations through Sept. 30 and fall protection ran far ahead as the number-one condition that OSHA overwhelmingly logs. Ketcham put it bluntly: Fall protection has the highest number of total, willful and repeat violations.

He grouped incidents with ladders and scaffolding, fall protection training and aerial lifts with fall hazards, noting there were five or six fall-hazard-related items on the list.

New hazards made the most recent Top 10 list: A number of personal protection equipment violations, specifically in the area of eye, face and head protection, were noted.

"Our inspectors found a lot of site conditions out there where an employer did not have a safety and health program for the industry or one in place in general," said Ketcham.

Excavation requirements also is on the Top 10 violations list, he said, noting that the agency continues to focus on excavation requirements. This year, powered industrial trucks are a focus, and Ketcham said the industry will begin hear more from OSHA in the future about hazards related to this category of equipment.

Over the past five years, OSHA has logged 118 fatalities involving a crane on a work site, whether it was in construction, general industry or in a maritime setting. The Bureau of Labor Statistics (BLS) verified 45 construction-specific crane fatalities in its latest report.

Last year, OSHA ranked the order of conditions or actual standards OSHA has found violations on. The most-frequently cited was operator certification. That was followed by power lines, specifically, working too close to power lines. 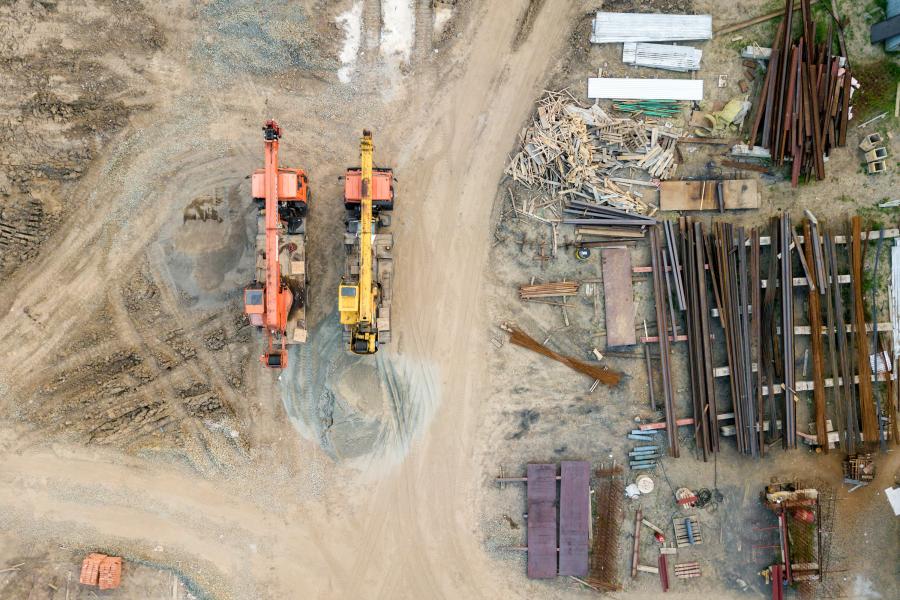 "But the most frequently cited conditions for fiscal year 2021 is operator certification," said Ketcham.

He added the upcoming crane directive, the publication of which has been encumbered by the pandemic, will answer many questions related to operator certification, qualification and evaluation.

"The directive provides guidance on how OSHA is looking at enforcing the standard," he said. "We developed it for enforcement people, but it's a source for industry to know what OSHA is thinking when we're looking at this standard."

"We will list things we're looking for, things we think are important to evaluate in whether an employer is compliant with the intent of the standard."

"In addition, we will be kicking out our Small Entity Compliance guide for operator certification and qualification," said Ketcham.

He also directed Forum attendees to the Frequently Asked Questions section of the agency's webpage, which he said will include additional questions the agency will address formally.

"It will address the status of accredited agencies and evaluations" as well as union-operated employer sites that perform crane operator evaluations and whether union halls are considered "agents of an employer" for the rule's purposes.

Ketcham noted other crane-related questions that will be covered in the FAQs.

"There was a question about an employee who works for you, leaves, then comes back to work for you after a period of time. Could your evaluation still cover that employee or do you have to re-evaluate him?"

The answer, he said, is it depends.

"If you found out that operator had an incident before they came back to you, it would be incumbent upon you to find out the circumstances and re-evaluate him."

Is that employee performing the same tasks, in the same configuration as in his previous evaluation, or is he now doing something different? These questions will play into determining the need for re-evaluation, he said.

OSHA has a new tool in its inspection and enforcement arsenal: Unmanned Aerial Systems, better known as drones. The agency has created a directive on drone usage by inspectors. But Ketcham was quick to point out that OSHA has less than 15 drones nationwide.

As an example, he cited an incident involving a communication tower issue.

"We needed to go up about 900 feet to evaluate rigging on a tower. That's a much better use of a drone than to send someone up there to look at that rigging. We would utilize a drone for a situation like that."

He said inspectors might use a drone in an emergency management situation, such as in the event of a flood and natural disaster where the technology would be most useful. In training activities and compliance assistance are two other situations where Ketcham noted a drone might be useful.

"I don't perceive the overwhelming use of drones at any time in the future, but it is a tool for us to use and we will use them in situations that warrant," he said.

Bottom line, he added, the industry can look for a directive on drones to be coming out very shortly.

Telehandlers were absorbed into the crane standard when used with a hook. Has that changed, or will a winch and hook be required? 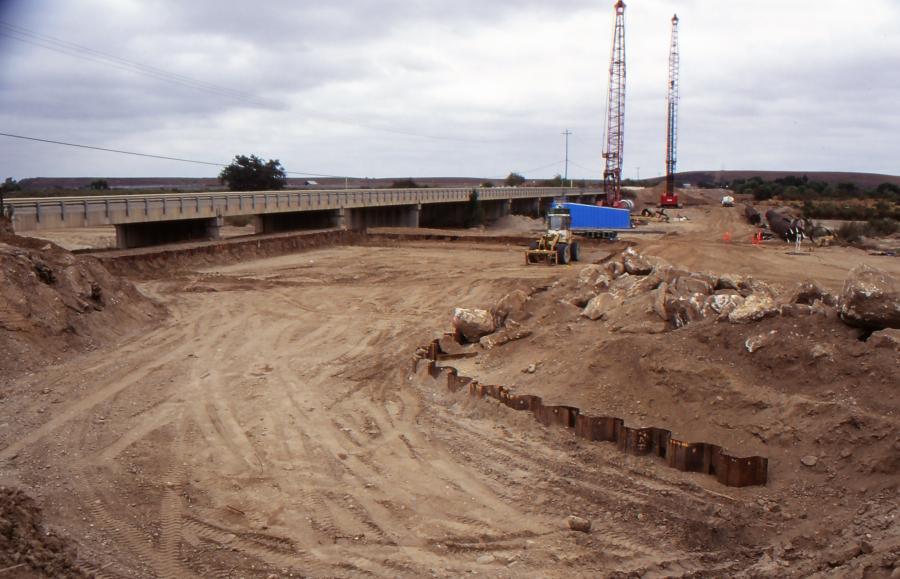 "Telehandlers will be covered in an upcoming rulemaking in the Crane Amendments," said Ketcham. "That question has been asked by industry and we will address it there."

Any sense of when we'll see the crane directive document?

"Yes. The regular agenda has not been updated yet, but I'd say in the spring you'll see something on that."

"We would not have a problem with voluntary certification. I can certainly get behind that."

Any movement on stabilization monitoring issues related to knuckleboom cranes?

"All I can say is yes, that also is part of our rulemaking under crane amendments to the Cranes & Derricks standard."

Will enforcement look at medical evaluations and physical qualifications for operators?

"When we look into medical evaluations, many times we have to go through the courts to obtain a medical access order. As a routine practice, I'd say no, but if conditions warrant it I can't say never." CQ

CCO wants candidates and certificants to know that they are more than just a certification number. CCO understands that behind each participant in the program is a hard-working, safety-minded professional who cares deeply about the work they do.