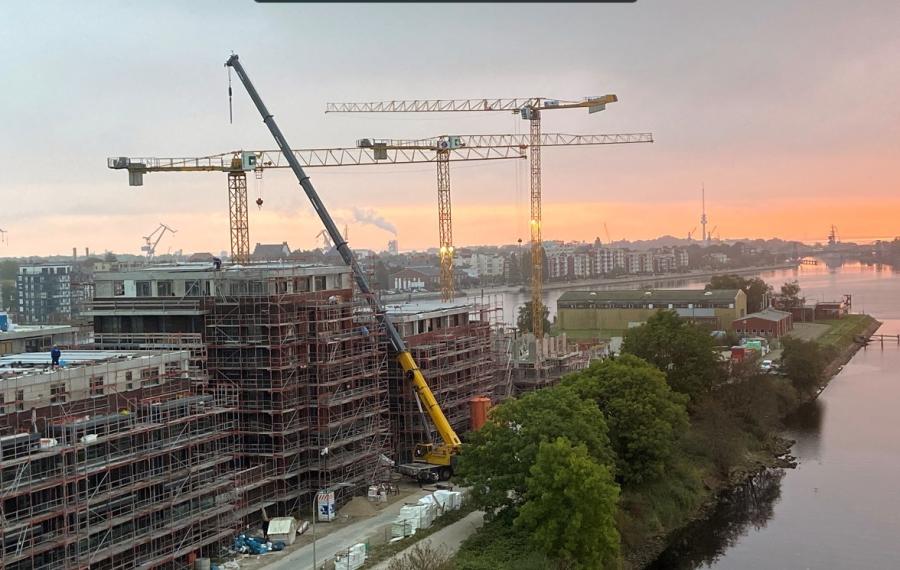 In the inner harbor of Wilhelmshaven, Germany, three Potain tower cranes have been constructing residential buildings for the Wiesbadenbrücke development, which will have 300 apartments and the promise of "maritime and urban living in the center of Wilhelmshaven."

All three cranes belong to Steenhoff, which is a Potain dealer that has a total fleet of approximately 400 cranes. Additionally, Steenhoff owns a Grove GMK5250L-1 mobile crane, which it uses to assemble and disassemble its fleet of 120 top-slewing tower cranes.

"The Grove GMK5250L-1 is perfect for assembling and disassembling a top-slewing tower crane," said Robert Bruns, sales manager of top-slewing tower cranes at Steenhoff. "With a [229.6 ft.] main boom and [16 ton] load capacity at a radius of up to [72 ft.], it can easily assemble and disassemble even the large Potain cranes in our fleet, which have a hook height of up to [196.8 ft.]."

The first construction phase on the Wiesbadenbrücke project is now complete. A Potain MDT 189 and MDT 132 G8 have been rebuilt on site for phase two, where they will work for another 15 months. The first MDT 132 G8 was disassembled. The jib of the MDT 132 G8 weighed 7.9 tons, and the pivot with cab weighed 6.8 tons. Its disassembly was easy work for the Grove GMK5250L-1, which completed the job in just one day.

"The Grove GMK5250L-1 was a valuable addition to our fleet as soon as it arrived. Its compact dimensions and powerful boom make it ideal for a wide range of work, even in confined inner-city locations. This high quality and reliable crane never lets us down," Bruns concluded. 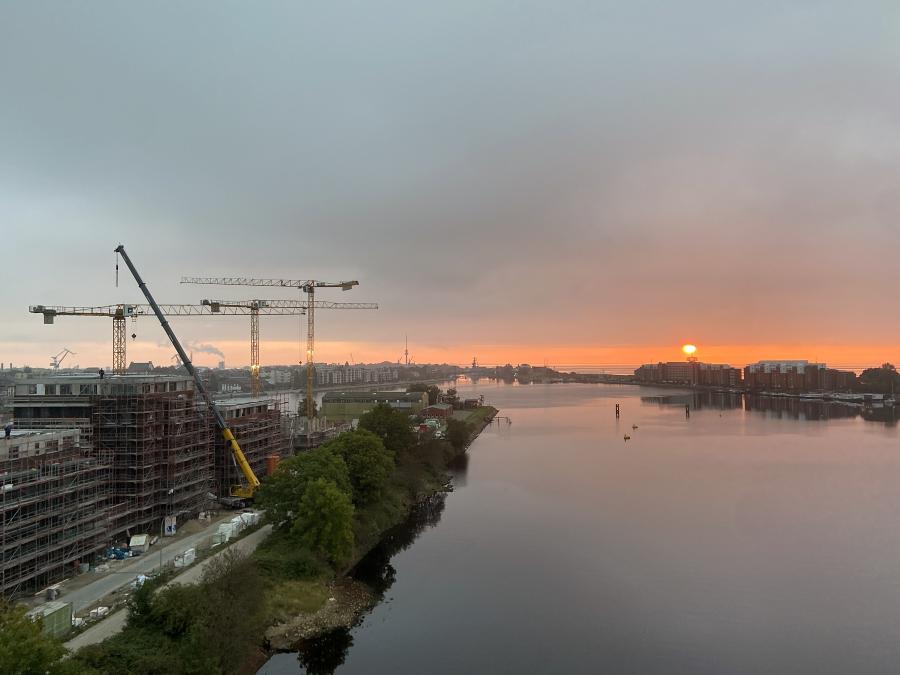