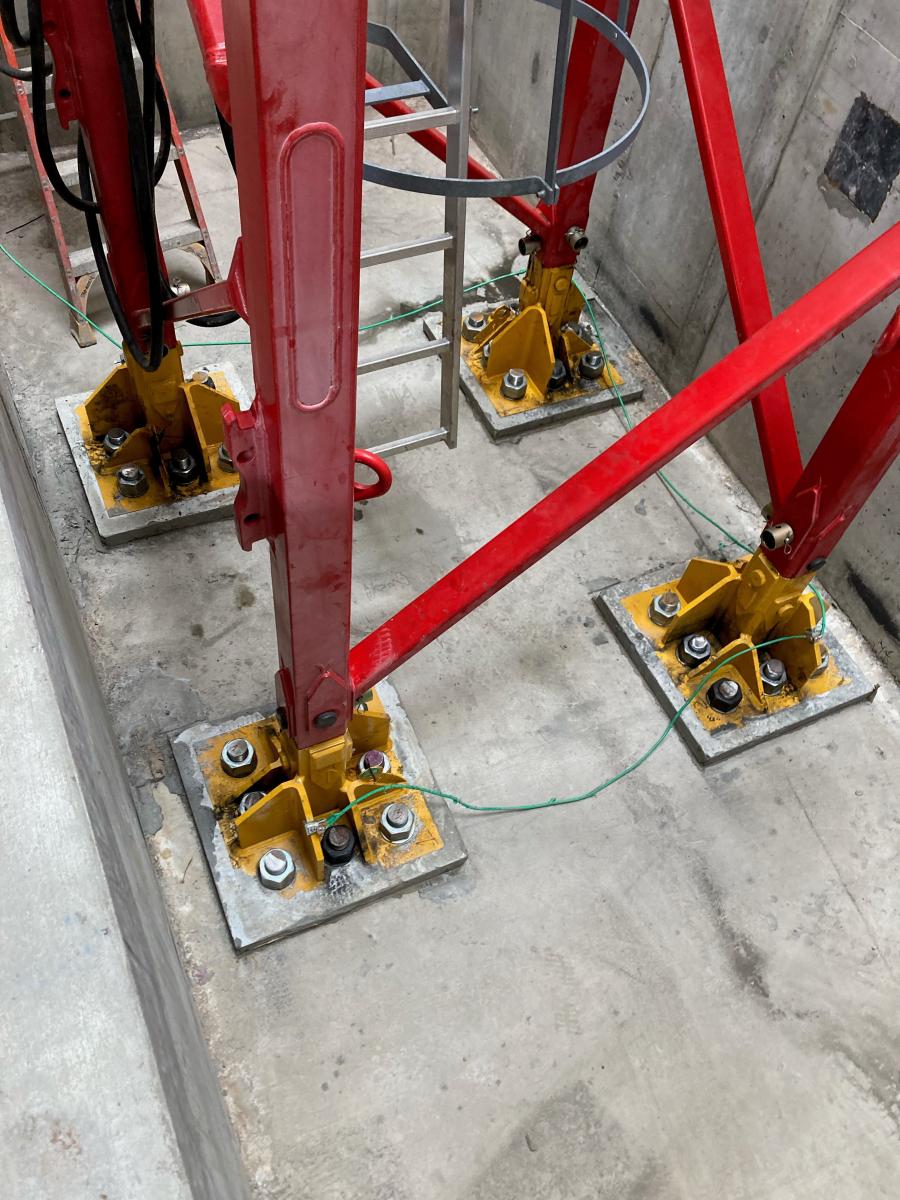 After carefully reviewing the site, the ALL team determined that the building’s elevator pit was the only viable location in which to set the tower crane.

This was the challenge facing ALL Crane Rental of Tennessee, a member of the ALL Family of Companies, and its sister division, ALL Tower Crane, on a recent project. The foundation had already been poured and the building crew was even one floor into construction. That's when the need for a tower crane was identified.

The first thing the ALL team did was see if there was room on adjacent property to bring in a ballasted base tower crane. The theory being that it could then swing over the construction site to perform its work. However, logistically, there were no options available.

After carefully reviewing the site, the ALL team determined that the building's elevator pit was the only viable location in which to set the tower crane. However, by this point in the construction process the elevator pad had already been poured and the shaft walls were partially completed — they would eventually stand 86 ft. high. This was a challenge because ALL's engineers needed to account for the tower crane's deflection, and the higher the tower would climb, the wider the sway.

A Manitowoc/Potain MDT 219 with a 130-ft. hook height and 197 ft. of jib was specified for the job, in part due to the footprint of the tower and the constraints of the elevator shaft. Next, a plan was hatched.

Sam Moyer, general manager of ALL Tower Crane and a civil engineer, proposed a unique solution using R40A reusable anchor stools. They would be anchored to the existing elevator foundation mat via post-installed epoxy anchors.

The already in-place elevator mat foundation had to be able to withstand the crane's reactions; this was checked and confirmed by the building's structural engineer of record.

With post-installed anchors, the tower erection team first had to drill holes, then pipe in epoxy and set 2.25-in. diameter threaded rods into each hole. After waiting for the epoxy to cure, it would be time to the add anchors, in this case, steel weldments and a base plate. Then they tighten down the nuts to lock the anchor against the elevator pad.

Careful coordination was required because of the tolerance for the anchors, the size of drill required and the constraints of the site with the existing foundation and limited access to the elevator pit.

Billy Vaughn, general manager of ALL Crane Rental of Tennessee, and sales reps Forrest Dolvin and Mike Russell handled the coordination and planning that went into the execution of the installation.

The ALL team in Tennessee carefully created a template of the hole pattern at the crane base with four R40A anchor stools pinned to the bottom mast section. The template was placed in the elevator pit and used as a guide while drilling holes into the elevator pad to ensure the holes would line up when the tower crane was erected.

With a pattern spanning roughly 6 ft. square, only one-eighth of an inch of play, and a 20-in. drilling depth, precision was critical.

When drilling was complete, the on-site team turned its attention to installing the anchors. After cleaning the holes, a specific amount of epoxy was added followed by the 2.25-in. threaded rods. After curing, the anchors were tested and approved and it was finally time to erect the tower crane.

Due to careful coordination, the tower erection team was able to set the base tower section with R40A reusable anchor stools attached, and then lock the anchor stools against the elevator pad by installing and tightening down nuts on the threaded rods. With the tower base secured, erection of the tower proceeded as usual.

The result is a working tower crane expected to be on site for eight months.