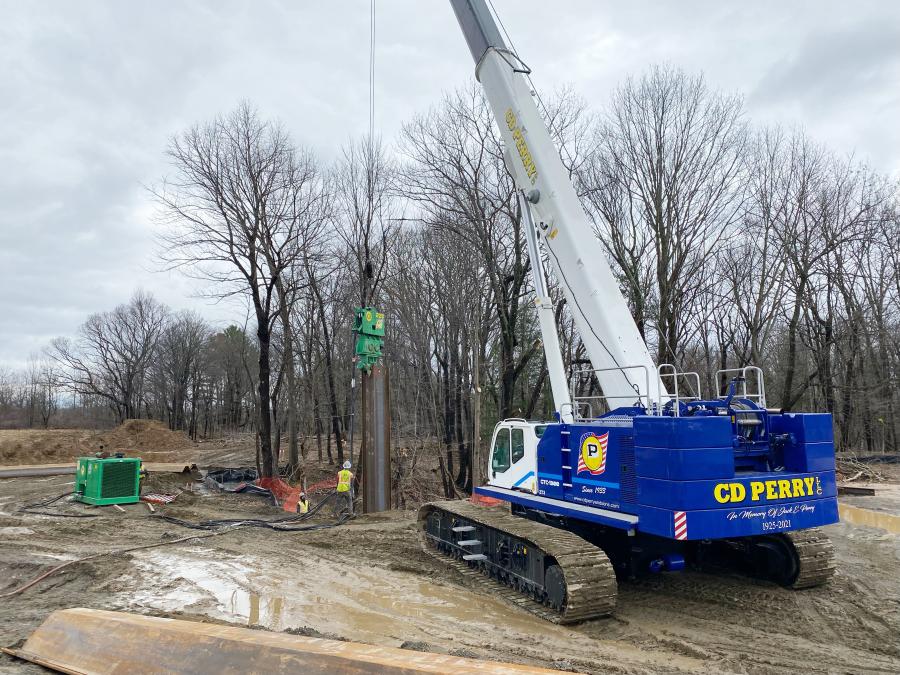 The GTC-1300 is driving sheet pile for a permanent retaining wall.

The GTC-1300 fits the size requirements as well as simplifies and streamlines job processes.

Back in 2015, C.D. Perry purchased a Tadano Mantis 15010, 77-ton telecrawler, from Empire Crane. The company's experience with the 15010 led it to choose a telescopic boom over another lattice boom crane.

"Telecrawlers are easier to operate, easier to mobilize, and when you can scope the boom in and out as well as retract the tracks in hydraulically, it makes it better for a variety of different applications," said Tyler Fane, vice president of C.D. Perry LLC.

The company plans on using the GTC-1300 for marine, industrial, heavy civil and environmental applications.

Fane also commented on the cost-saving aspect of owning a telecrawler over a lattice boom crawler, saying "it's like a domino effect; you save on mobilization, you save on assembly, you save on tracking on the site, you save on the extent of working pads on site due to gradeability, and you save by being able to change boom lengths at a moment's notice."

Fane also attributes these cost-saving attributes to giving him an edge over the competition.

Empire Crane's NY/CT Sales Representative Jonathan Shufelt said, "you really can't go wrong with a Tadano telecrawler. From travel, setup, ease of use and serviceability, it's a game-changer for any modern company."

The Tadano GTC-1300 features include the following:

C.D. Perry's origins date back to 1936 when Cutler D. Perry started the company as a road building and site work outfit. Over the years, C.D. Perry's services grew to include work on some of New York State's most challenging waterways and the redevelopment of the Erie and Champlain canals.

By the 1970s, C.D. Perry had become one of the premier heavy civil and marine general contractors in New York State as well as one of the most knowledgeable and efficient deep foundation subcontractors. The addition of its industrial division and environmental division, as well as its crane and rigging services was formulated through its expansive equipment fleet and knowledgeable personnel on staff. 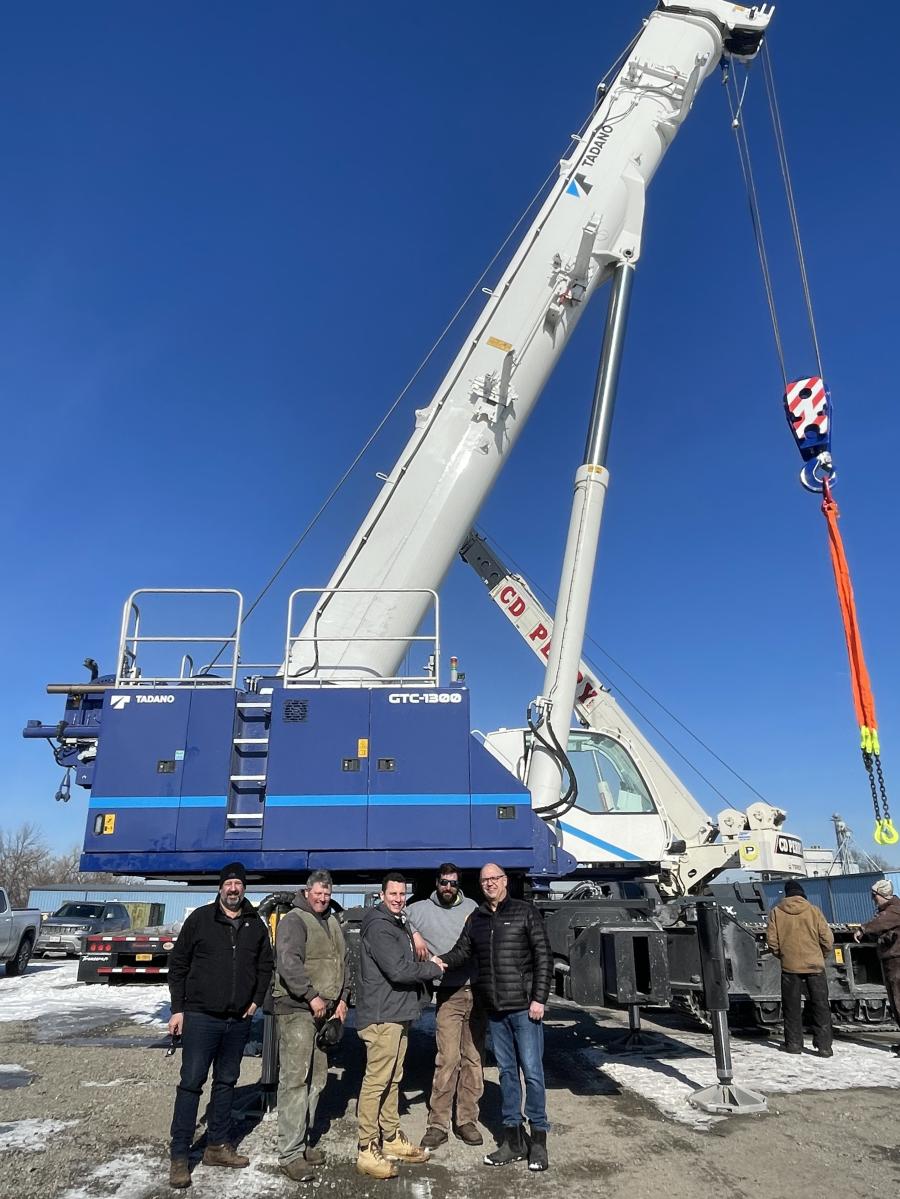