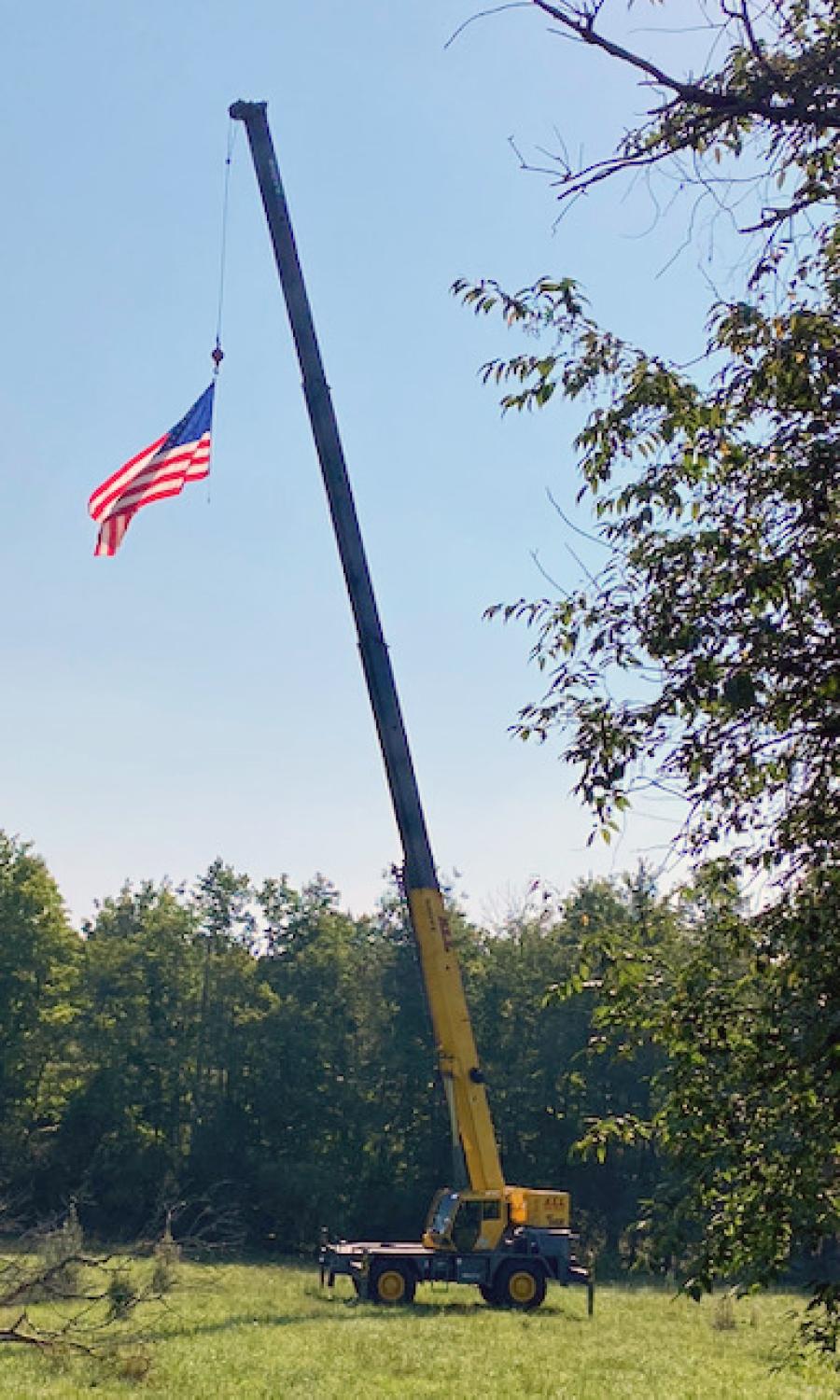 The ALL Family of Companies donated a Grove RT540E rough terrain crane, symbolic of the original 40-tonner that performed the rescue work, with an operator for this two-day event.

On July 24, 2002, the miners had accidentally tapped into a poorly documented abandoned mine, flooding their own mine with water and blocking their exit. Cold, wet and running out of air, for 77 hours spread across parts of five days, the nation was transfixed by the attempt to reach them, an event that came to be known as the Quecreek mine rescue.

Somerset County had made news just 10 months earlier, for a completely different reason, and locals were hoping this might have a happier ending. The Quecreek mine rescue occurred less than a year after the 9/11 attacks, in the same Pennsylvania county where Flight 93 crashed into a field when passengers overpowered terrorist hijackers.

When word spread of the trapped miners, hundreds of people sprang into action to assist in the rescue effort, including civil engineers, state government officials, local clergy and the man who owned the farm.

Also playing a role: a Link-Belt RTC-8040 rough terrain (RT) crane from ALL Crane Rental of Pennsylvania, a member of the ALL Family of Companies. The 40-ton capacity machine was used to lower the rescue capsule into the ground and retrieve the trapped miners, one at a time.

At the time of the accident, the crane was in another part of Somerset County, working on improvements to the Pennsylvania Turnpike. Their smaller size and easy mobility make RTs popular for road work, but this unit was destined for a greater task. With the water rising and fears the nine miners were down to their last hours, timing was crucial, and the ALL RT was in the right place at the right time. It was commandeered for the rescue effort, with the full blessing of ALL and its customer.

"In matters of life or death, priorities shift in an instant," said Jason Wellington, general manager, ALL Crane Rental of Pennsylvania. "When we heard our crane might be able to help those trapped underground, we sent it on its way as soon as possible."

The unit was trucked the few miles to Dormel Farms, where the rescue shaft was already drilled. On July 28, 2002, at approximately 1 a.m., the first miner was lifted to safety. He was chosen to go first because he was experiencing chest pains. The remaining miners were taken out in order of weight, heaviest first, because the final man would have no one to help him get into the rescue capsule.

In 15-minute increments, each was lifted out by the crane, the final man reaching the surface at 2:45 a.m.

All the men were experiencing hypothermia from the days spent wet in the dark, but all were rescued alive.

A ceremony marking the 20th anniversary of the rescue was held July 22 to 23, 2022, at Dormel Farms, where a permanent tribute monument has been erected. The original recue shaft and air shaft are preserved on the site as well.

The ALL Family of Companies donated a Grove RT540E rough terrain crane, symbolic of the original 40-tonner that performed the rescue work, with an operator for this two-day event.

Affixed to the crane for this visit was the U.S. flag flying at the Pentagon during the September 11 attacks, on loan to celebrate Quecreek's happier ending.

In the years since the Quecreek mine rescue, analysts have posited that hundreds of small, correct decisions added up to result in the safe rescue of all nine miners. Some luck was involved, too. A little bit of that luck was that road construction was occurring just a few miles away, using a crane that was easily repurposed for lifting trapped, exhausted men out of a 250-ft. rescue shaft.


More Than Two-Dozen Manitowoc/Grove Cranes Headed to ALL →

If you're building a suburban home, 3.4 acres is a good-sized piece of land. But what if you're building two urban mixed-use towers connected by a skywalk with an acre of greenspace between them? Then, suddenly, that 3.4 acre space starts to seem daunting.

A well-deserved retirement is prompting a new round of promotions from within the ALL Family of Companies.

Choosing a crane for a construction project is usually a matter of finding the right tool for the job.

Central Contractors Service, a member of the ALL Family of Companies, has completed the move of its total operations to a new headquarters located on 13 acres in Alsip, Ill.