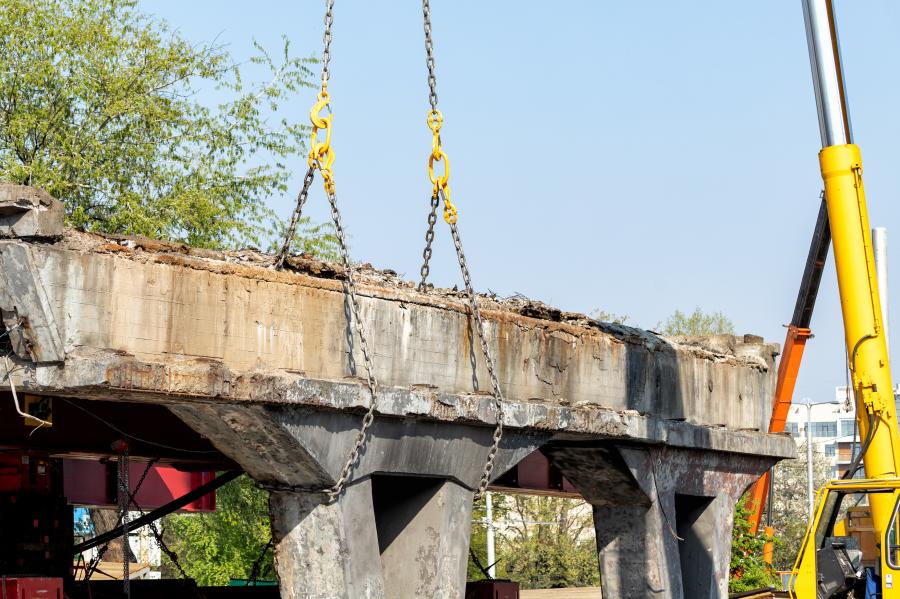 A written and practical exam tests the rigger in selection and use of hardware; standard hitches applications; estimation of load weight, center of gravity, angle and load movement; and inspection of equipment.

The American Society of Mechanical Engineers (ASME) has released an updated standard on mobile and locomotive cranes that includes a clear definition of the role a qualified rigger plays in a lifting operation.

The standard now requires the presence of one qualified rigger any time a mobile crane more than 2,000 lbs. capacity is at work.

"Having a qualified rigger present on a job site during a lift is not just a good idea; it is also an OSHA and ASME requirement when mobile cranes are involved," said Tony Fiscelli of Lifting Gear Hire (LGH).

President of the Bridgeview, Ill., rigging gear rental company, Fiscelli said in prior versions of ASME B30.5, a qualified rigger was only required during assembly/disassembly or when personnel were present in a fall zone.

"The standard is not limited to large cranes on construction sites," he said. "It applies just as much to the tree-trimming industry, for example, as it does to major construction outfits."

"From selecting the right hardware to attaching the load to the crane hook, riggers should be familiar with a variety of equipment used in a lift," he said. 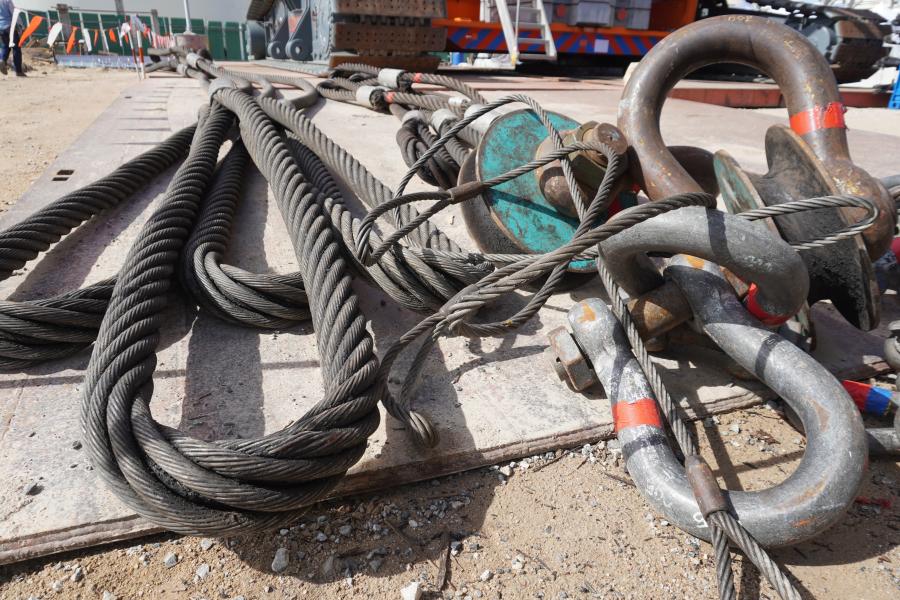 In addition to knowing load weight and center of gravity, responsibilities include inspecting all rigging gear prior to use and protecting the rigging from sharp surfaces.

He must follow the correct D/d ratios on wire rope and chain slings, or the diameter (D) around the object which the sling is bent, divided by the overall diameter (d) of the sling being used.

He must understand the critical process of selecting the right hardware for each lift, said Kime.

"Riggers need to understand the limitations and applications for each type of hardware they select," he added.

To properly execute a rigging job, it is essential for a rigger to have a good grasp of several mathematical concepts as well, said Kime.

That includes general concepts such as the ability to calculate the area of a triangle (1/2 x A x B) as well as a load weight based on a reference sheet that lists the pounds per cubic foot of typical materials and liquids.

The updated standard lays out the specifics of when and how a rigger is to be designated qualified.

According to B30.5, that's after a written and practical exam that tests him in selection and use of hardware; standard hitches applications; estimation of load weight, center of gravity, angle and load movement; and inspection of equipment.

"However, passing these tests alone does not necessarily qualify the rigger," said Fiscelli. "The final ‘qualified' designation is given to the rigger by the employer, who must consider skills, knowledge and prior experience before deciding whether the person is qualified to perform specific rigging tasks."

The employer also must obtain evidence of satisfactory completion of the rigger's written and practical exams.

Though each rigger may have different credentials or experience, in general, a qualified rigger is a person who:

The person designated as the qualified rigger doesn't have to be qualified to do every type of rigging job, though.

Fiscelli said most crucial is that he can properly rig the load for the job in question.

"Each load that requires rigging has unique properties that can range from simple to incredibly complex," he said.

A rigger may have years of experience in rigging structural components and other equipment to support specific construction activities.

However, this type of experience does not automatically qualify him to rig unstable or unusually heavy loads that may involve lifting in tandem or require custom rigging equipment.

And, employers are required to ensure the designated qualified rigger can do the rigging work needed for the exact type of load and lifts for a particular job.

This includes being able to choose the proper equipment and rigging that will be used for that job.

"Rigger qualification is an employer designation based on the rigger's experience as well as proof of successful completion of a written and practical exam," said Fiscelli. "The exams may be administered by anyone, so long as they include the particular competencies outlined in the 2021 ASME B30.5 standard."

When it comes to the designation, there's a distinct difference between ‘qualified' and ‘certified.'

"A qualified rigger may very well be a person with extensive hands-on experience but no formal training or certifications," according to LGH.

Rigger certification is a different story. To be designated ‘certified,' a rigger has to pass both a written and practical exam administered by an accredited certifying agency. 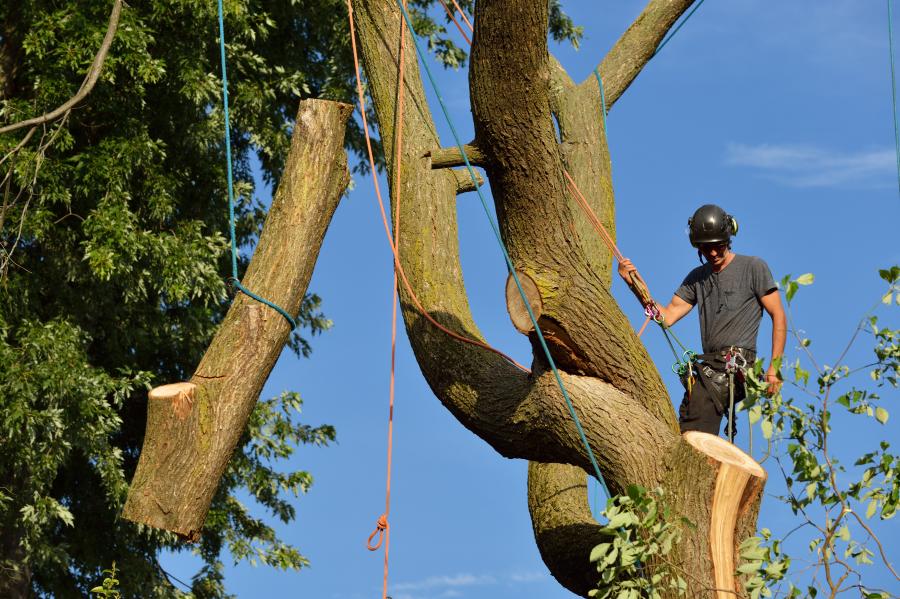 The NCCCO offers Rigger Level I and II and Lift Director certification programs.

CICB's Kime noted that this standard applies across every industry. All NCCCO rigging certifications are good for five years.

"CICB rigging certifications are typically valid for two to three years, depending on the program taken."

This includes everything from boom trucks working on signs or trees, to mechanic's service trucks making equipment repair.

"The standard is not limited to large cranes on construction sites," said Kime.

There is currently no OSHA or ANSI/ASME requirement for rigger certification, but since all candidates take the same test, it is a good yardstick to assess ability, he said.

The important thing to note is that ‘qualification' and ‘certification' do not have the same meanings. And, each has its advantages, according to Fiscelli.

"The process to qualify riggers can be done with less preparation than is required for certification, and it fulfills OSHA and ASMI/ASME requirements," he said.

However, the qualification process may not always fully evaluate whether a rigger truly has the technical knowledge and hands-on skills needed to perform a specific task, he noted.

"Conversely, the certification process requires more preparation but covers testing on slings, knots, signaling, load control and other safety issues. As such, it generally acts as a good yardstick."

The release of the 2021 ASME B30.5 standard is a welcome step toward safer rigging practices and mobile crane use, according to CICB's Kime.

"International Crane & Construction Safety Solutions has found that fully 16.8 percent of crane accidents in construction are the result of faulty rigging practices," he said.

The new requirement for qualified riggers is "a valuable component in ensuring the safety of picks."

Kime noted that per ANSI, the B30.5 is one of ASME's most requested safety standards.

The volume is "widely respected and applied throughout the building and construction industry."

It addresses crawler, locomotive and wheel-mounted cranes, as well as any variations thereof that retain the same fundamental characteristics and are powered by internal combustion engines or electric motors.

The new volume also includes an update to inspection requirements as well as updates for signalpersons. 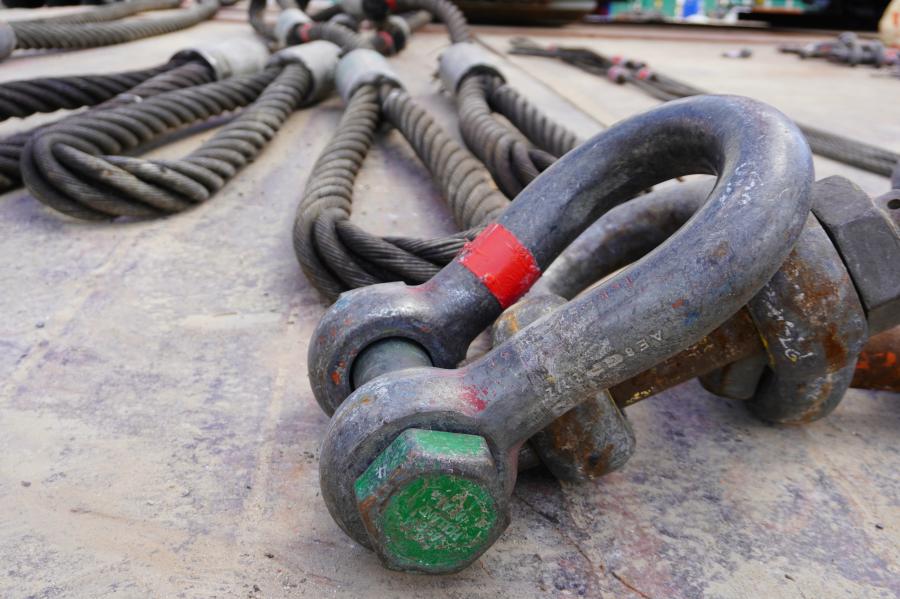 The frequency of various types of crane inspections are outlined in this new volume, as are the critical difference between the words ‘should' and ‘shall' within the publication.

"There are occasions when it's not just the crane operator who needs to operate the crane. ASME B30.5 explains those situations," said Kime.

And, as there are a lot of roles and responsibilities on the job site the standard lists them and explains who should be assigned what.

"There is an umbrella of responsibilities that must be assigned under ASME B30.5," he said.

The role of lift director is always filled on a mobile crane job site. ASME B30.5 explains their responsibilities.

The bottom line: In commercial applications requiring the movement of heavy loads and machinery, rigging is a key factor, said Fullman.

"The welfare of staff should be of the utmost importance when conducting a rigging operation," she said. "Inappropriate load rigging can cause unintended falls, leading to damage to property and exposing safety risks, injury, or even death to riggers and other nearby workers." CQ