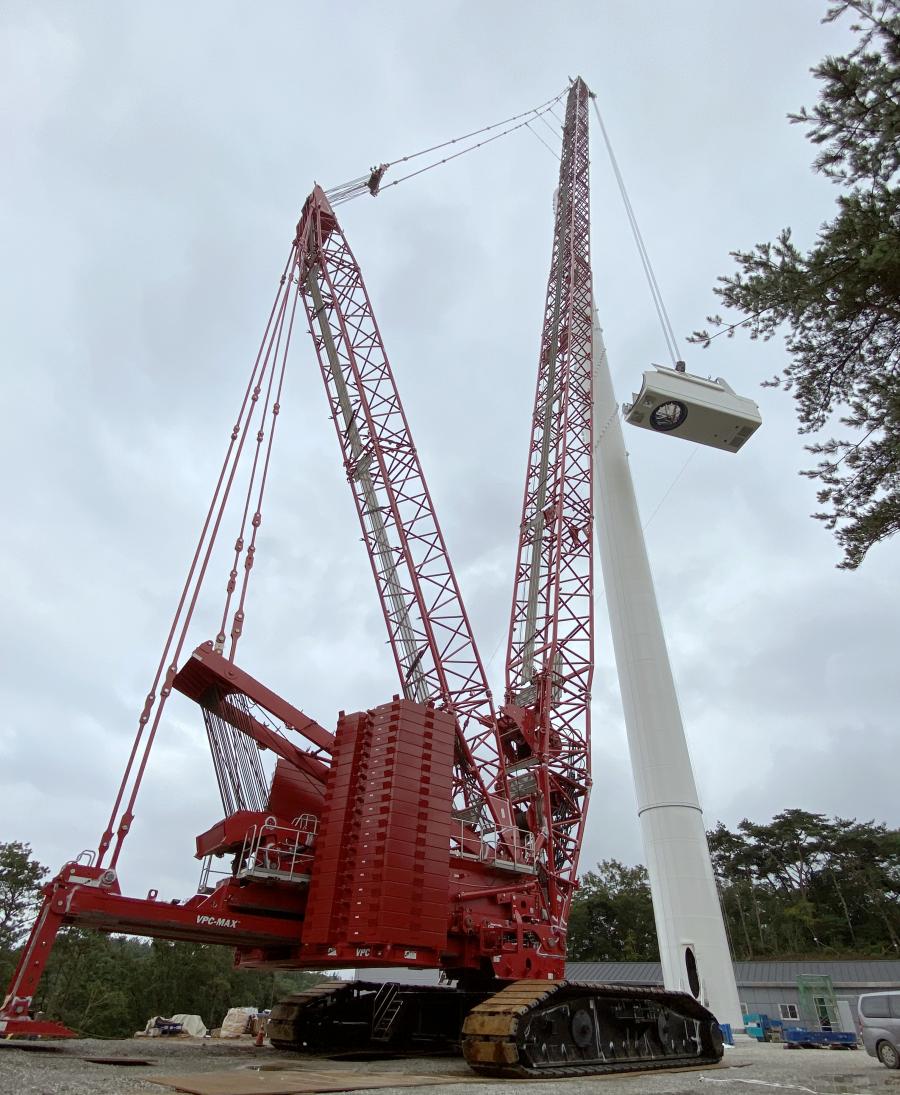 The Hwasun-gun windfarm is the third job site where the 11.5 ft. boom kit was used since Shinui Petra acquired the MLC650 in 2016; the first to arrive in the country.

Owned by Shinui Petra, a leading equipment rental company and long-time Manitowoc customer, the crawler crane arrived at DaeMyung Energy's mountaintop site in Hwasun-gun, Jeollanam-do on June 1. Main contractor DongBang Co. and sub-contractor Hanbit Wind Tower will keep the MLC650 busy on site until the end of this year.

There are eleven 4.8 MW-capacity Siemens wind turbines to erect, requiring the installation of 94 ton nacelles at 426 ft. heights.

Shinui Petra's MLC650 is fitted with Manitowoc's VPC-MAX technology, which adds an extra 55 ton of capacity to the standard crane's 716.5 tons. In addition, the 11.5 ft. wide boom option (which has 19.7 in. of extra width compared with standard sections) delivers an additional 30 percent gain in capacity. With this amount of lifting capacity, the secure handling of the large loads on the wind farm will be no problem, the manufacturer said.

Furthermore, the design of Manitowoc's variable position counterweight system eliminates the need for counterweight on the carbody.

While the MLC650's unique benefits made it an obvious candidate for the wind farm project, the real clincher was its ability to perform required lifts in difficult site conditions, as Shinui Petra's president and CEO, Choi Byung Eun explained.

"Limits from local government authorities meant the space on the job site to position the crane was strictly limited to [98 by 164 ft.], to preserve surrounding trees and limit damage to the ground surface," he said. "The only real competitor to the MLC650 needs a working radius of [144 ft.], which immediately ruled it out."

A further complication on the project is the site's steep, narrow, and winding access road. However, the MLC650's optimized design and compact dimensions enable it to be transported in just 45 loads.

The crane's main boom was assembled in the air, while suspended above the inclined access road, with its four inserts quickly and securely aligning due to Manitowoc's Fast Aligning Connection Technology (FACT Connectors) with hydraulically actuated pins.

"For these kinds of challenges, there is no other solution. Some of our customers will not consider anything other than the MLC650 because of its compact size and reduced impact on access roads and soil conditions," said Choi. "Inland wind towers normally sit at the top of mountains where space is very tight, or near the coast where the soil is softer. The MLC650 produces less ground pressure because its weight is distributed through the crawlers as evenly as possible. Also, it only requires ground preparation within the perimeter of the tracks rather than across the entire swing radius, because the VPC-MAX remains suspended, so there are huge savings."

Configured with a 479 ft. main boom, 25 ft. extended upper boom point and 441 tons of counterweight, the crane is mostly working at a 92 ft. radius. Manitowoc's local office in Korea is providing close engineering and technical support to Shinui Petra as well as on-site expertise when required due to the size and frequent exposure of the job site to high wind speeds.

The Hwasun-gun windfarm is the third job site where the 11.5 ft. boom kit was used since Shinui Petra acquired the MLC650 in 2016; the first to arrive in the country. It is a particularly useful option for projects requiring long boom plus luffing jib configurations. The kit enables the crane to complete more demanding jobs from the same compact footprint but without increasing setup time or cost. 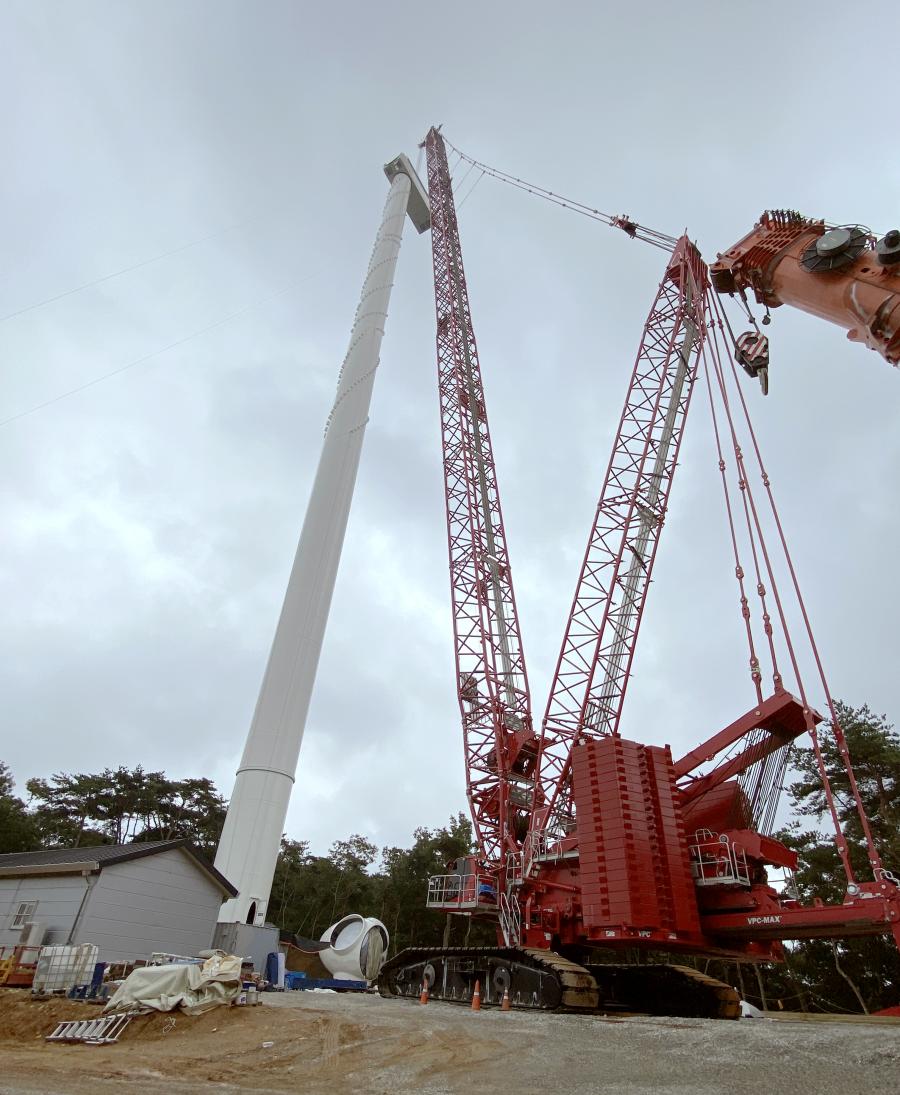 Configured with a 479 ft. main boom, 25 ft. extended upper boom point and 441 tons of counterweight, the crane is mostly working at a 92 ft. radius.

As the successor to the Grove TMS800E truck crane, the TMS800-2 adopts technology and features developed for larger truck-mounted and all-terrain cranes and packages them into an easily roadable 80-ton unit.