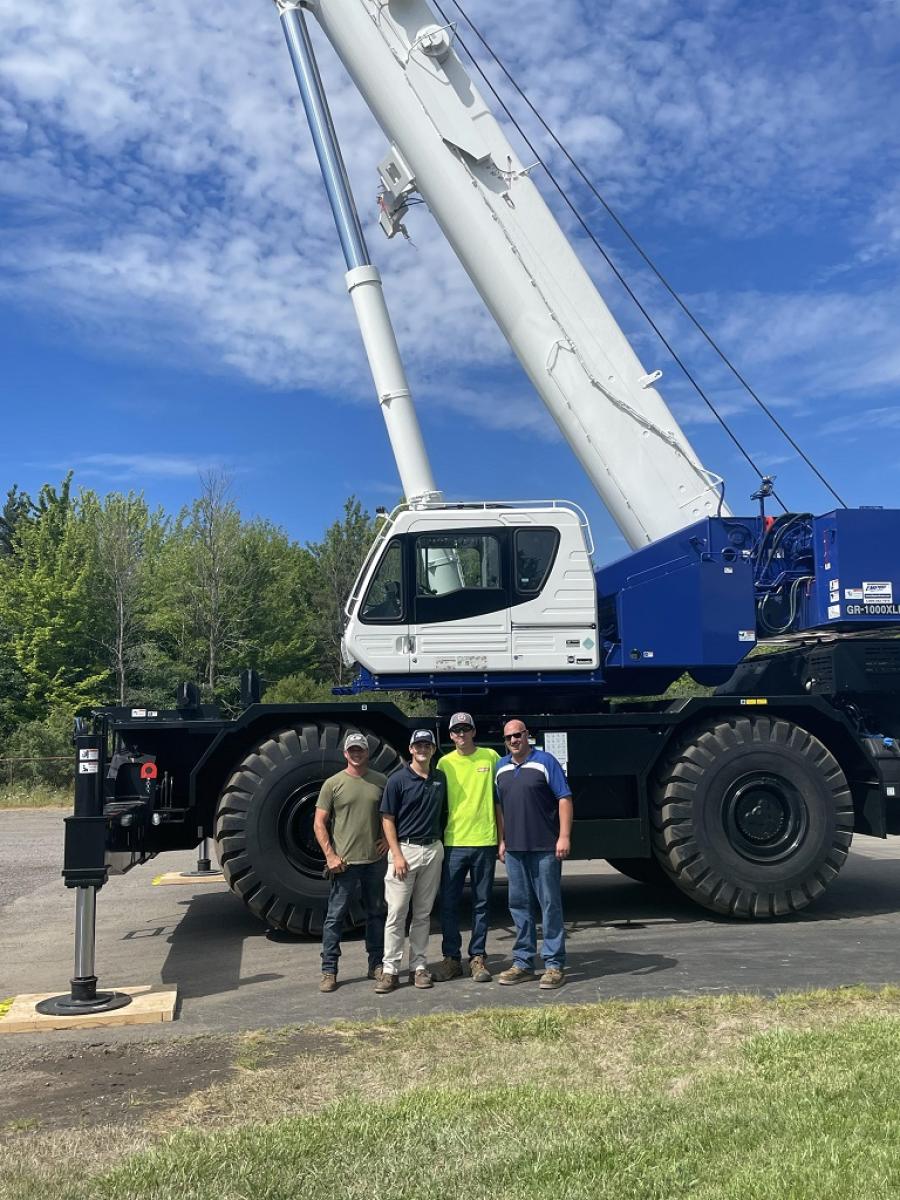 If it's one thing Benchley Contracting & Rental Corp., dba Benchley Cranes, knows, it's how to grow business. The Forestville, N.Y.-based company's roots trace back to 1957 with just a single crane, dragline and dozer. Today, the company has a large lifting fleet of all terrain, boom truck and rough terrain cranes with capacities reaching 400 tons to serve customers in the Buffalo and western New York markets.

The lifting company's latest fleet addition, the Tadano GR-1000XLL-4 rough terrain crane, is the first Tadano crane for Benchley Cranes. It will be used primarily to expand the company's offerings for the long-term steel erection and windfarm installation business.

"We've heard good things about Tadano cranes, and the lift chart and extra boom length were selling points for us," said Andrew Benchley, vice president of Benchley Cranes. "It is the largest rough terrain crane in our fleet, offering a 100-ton capacity."

Benchley Crane's GR-1000XLL-4, purchased from Empire Crane Company of Syracuse, N.Y., has a hydraulically telescoping maximum main boom length of 167.3 ft., the longest boom in the 100 ton class. It also features 24,700 lb. of self-removable counterweight to get the operator the best possible load chart and radius in the smallest package.

"It also has the [Tadano] Smart Counterweight system, which gives us two mounting positions, one to reduce tail swing, which is helpful when working in tight sites," added Benchley.

These features, plus offering the lowest cost of ownership for crane maintenance in the industry, combine to make the GR-1000XL Series Tadano's most popular model in North America, according to the manufacturer.

After Benchley Cranes took delivery of the new crane, Empire Crane conducted training, so the lifting company's operators could get used to its many new features.

"Benchley Cranes' operators are some of the best in the industry and quickly picked up crane operation," said Paul Lonergan, president of Empire Crane.

"We have enjoyed a long relationship with the company, dating back to Andrew's and my father working together on crane purchases and support more than 30 years ago."

Benchley said the operators liked some of the crane's creature comforts such as air conditioning and the cab's ability to tilt, which makes it easier on the operator to see the load during a lift. He also appreciates the additional cameras on the crane and back-up sensors, which help to maneuver the crane into tight spots.

One of the biggest advantages for Benchley Cranes is the GR-1000XLL-4's Smart Chart feature that helps to maximize the crane's lift capacity, especially when the outriggers cannot be fully deployed.

"It doesn't rely on a 360-degree load chart," said Benchley.

Tony Hampton, regional business manager — Northeast of Tadano added, "The system determines the crane's lifting capacity for every boom position as a function of the superstructure's slewing angle, so it makes use of the maximum available lifting capacity with any outrigger configuration, including asymmetrical positioning."