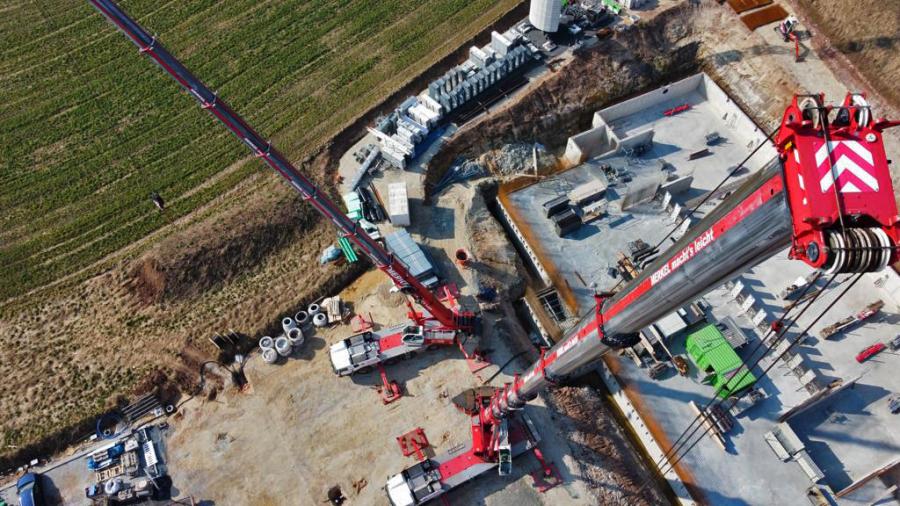 Karlheinz Göring from Merkel Autokrane’s field service department opted to use two of the company’s 275.5 ton Grove all-terrain cranes in tandem for a challenging lift.

The GMK5250XL-1 and GMK5250L were called in to build a multi-story parking lot for one of the world's largest online retailers of musical instruments.

"This was a tricky project because existing underground utility lines meant a larger crane could not be used. Because of this, Karlheinz Göring from Merkel Autokrane's field service department opted to use two of the company's [275.5 ton] Grove all-terrain cranes in tandem.

"With plenty of strength and reach, these five-axle units handled the project's challenges with ease. Also, with our CCS [crane control system], operators can use the joysticks to carry out fine movements with closer control, which was a valuable feature on a technically-demanding tandem lift such as this."

A series of precast concrete beams were positioned by the two Grove cranes for the parking garage, which has two basement and three above-ground levels. Both cranes were fitted with 88 tons of counterweight, with the GMK5250XL-1 lifting at a radius of 128 ft. and the GMK5250L at 151 ft. The beams each measured 52.5 ft. in length and weighed 14.3 tons and were placed during a single day. 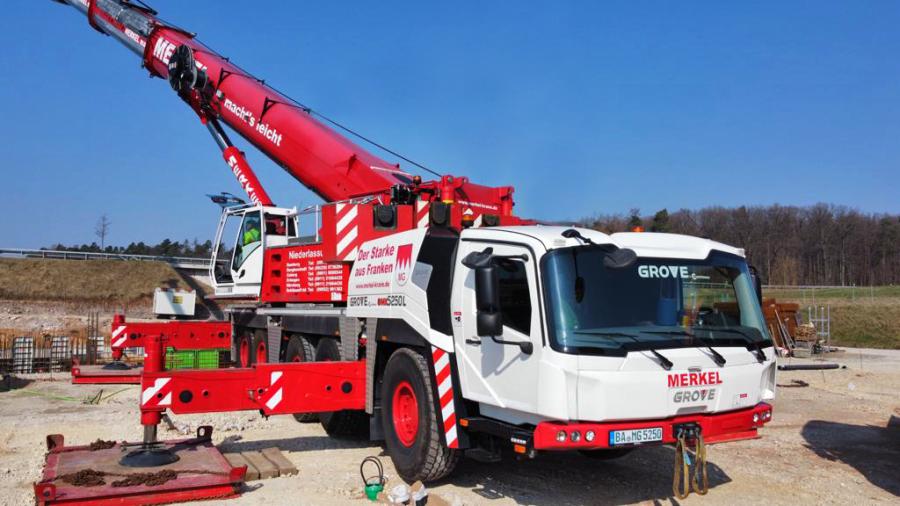 The newer of the two cranes on the project is Merkel Autokrane's GMK5250XL-1. This crane has the longest main boom in its class, due to a 257.5 ft. telescoping TWIN-LOCK boom, which can be extended up to 357.6 ft. with the addition of a jib plus inserts.

Power comes from a Mercedes OM471LA EUROMOT 5 engine, which drives the carrier and the superstructure. The engine technology means the GMK5250XL-1 can deliver up to 30 percent lower fuel costs compared with previous-generation models, the manufacturer said.

Alongside the GMK5250XL-1, was Merkel Autokrane's GMK5250L. This model has a 230 ft. main boom and can lift loads of up to 31 tons at a 72 ft. radius. A powerful yet versatile five-axle machine, the GMK5250L is fast to set up on the job site and offers enhanced maneuverability through its MEGATRAK suspension system, which features on all Grove all-terrain cranes.

Merkel Autokrane offers crane and transport services in northern Bavaria and throughout Germany. Over the past 23 years, the company has established itself as a reliable partner, due to its experienced staff and modern, well-equipped fleet of mobile and loader cranes. The company's fleet currently includes four Grove cranes, and it also operates a range of heavy transportation vehicles. In addition to the two Grove cranes used on the tandem lift, Merkel Autokrane operates a Grove GMK4090 and a Grove GMK5150L.

Merkel Autokrane handled the project directly via its head office in nearby Bamberg. The company also operates from branches in Schlüsselfeld, Burgkunstadt and Nürnberg. 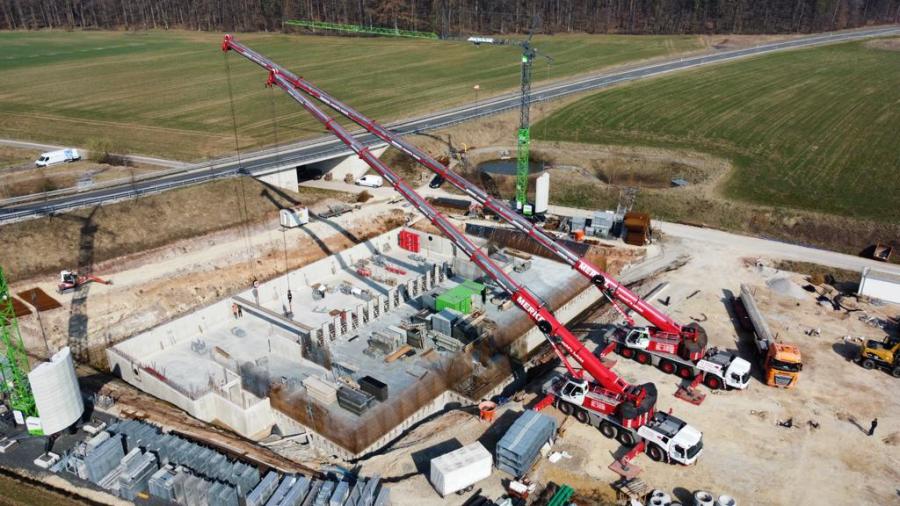