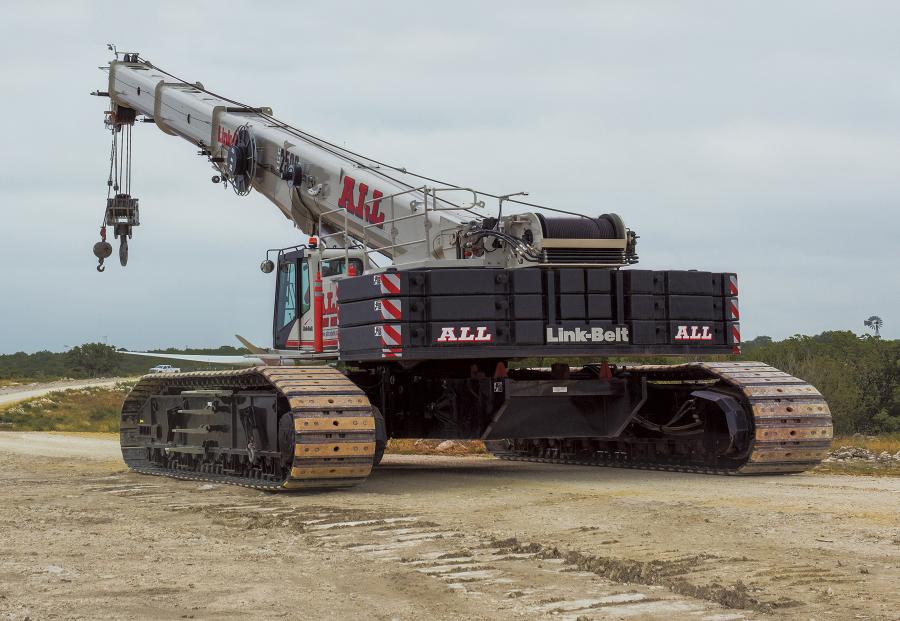 The purchase of nine new Link-Belt cranes brings ALL’s total ownership of TCCs to more than 40 units across its nationwide branches.

The ALL Family of Companies is adding nine new Link-Belt cranes to its fleet. The purchase comes on the heels of a previous 16-unit Link-Belt package announced earlier in the year.

This will bring ALL's total ownership of TCCs to more than 40 units across its nationwide branches. Since entering the market 15 years ago, the TCC line of telecrawlers has steadily grown, with increased capacities that maintain ease of off-road maneuvering.

"Link-Belts are a staple of ALL's daily taxi fleet," said Rick Mikut, ALL Crane's crawler crane division manager. "They provide fast setup and a high degree of mobility for customers across a variety of diverse industries."

TCCs are popular for power line and wind jobs and small steel and precast plank projects, according to the company.

Mikut is particularly excited to be adding more TCC-800 units to ALL's fleet, in large part because of its SmartFly system.

"This will make job sites safer because it requires one section of the jib to be pinned before moving on to the next section," he said.

"They love these workhorses," said Mikut. "They're dependable, crawl into position and get to work fast. They can add several hours a day of operating time to a job site."

The three HTC units hit ALL's truck crane sweet spot, typically 110 ton and below. These units offer speed, accessibility, long reach and high-capacity booms. Their features draw from the best attributes of a truck and an all-terrain crane. They have the reach and capacities of smaller ATs, while transporting quickly and easily — just like a truck.